Twitter’s Windows 10 app is getting a lot more useful, thanks to a major new feature the company is introducing today. Twitter on Windows 10 now has support for tabs — and that makes the app so much more useful on the desktop. Being able to open different tabs/pages right from the Twitter app is going to be quite useful as you’ll be able to keep track of things really easily. For instance, you can have your timeline on the main tab, and other profiles, lists, direct messages, etc. open in other tabs. As you can see in the above screenshot, you can hide all the tabs at once or you can close a certain tab. And if you don’t like Tabs at all, you can completely turn it off from settings.

Twitter’s Tabs feature is a very interesting addition to the app — it’s a feature that’s quite similar to TweetDeck’s core feature (columns), and Twitter could possibly make Tabs a lot more powerful in the near-future. For instance, support for multiple accounts will make this feature really useful for users who have to manage multiple accounts at the same time. Twitter is even asking users for feedback on the new Tabs feature, so don’t be surprised if this feature becomes the next big thing for Twitter.

Along with Tabs, Twitter is finally adding the ability to share a tweet via Direct Messages in the app. At the moment, Twitter seems to be rolling out the new Tabs feature progressively to Windows 10 users — and it should be available for everyone pretty soon. You can get the Twitter app for your Windows 10 devices from the Windows Store below. 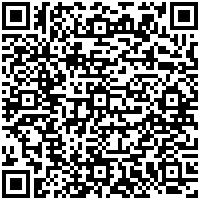