Tweeten 2.0 for your Windows and Mac PCs is launching today, and it is quite a big update for the Twitter/Tweetdeck app.
Much of the work involved in the update has been developed towards making it faster and lighter, pretty with the app installing pretty quickly on my device (the blog post says this should take  20 seconds, but I didn’t time it – and the average user wouldn’t and shouldn’t have to). Part of this refinement is also present in its update system, now new builds are pulled down and installed seamlessly on the users end with minimal user interaction.

While there are some downsides in terms of control over what gets installed, many users simply accept and install anyway, so it is a worthwhile tradeoff for many.
GIFs and emoji are also improved in this update. There’s a new emoji picker to make using emoji faster and you can now zoom in GIFs as well as download them so you can build a GIF library for responding to people with the wrong opinions on Twitter. Obviously, if you don’t use GIFs this shouldn’t really appeal to you, but you’re missing out.

Filters are here, so you can now control what hashtags and words show up on your timeline, perfect for muting out discussion of flash in the pan events you aren’t particularly interested in.

Finally, for Mac users, you’ll be getting all the above as well as support for Apple’s new touchbar which debuted on the MacBook Pro last year.

Here’s an overview of what’s new:

The minor quibbles I have with this app are while the app is also available in the Windows Store, it isn’t a true Universal Windows app (though it seems that Microsoft’s Desktop bridge is becoming increasingly popular), and its Chrome app won’t be updated till later this year for people who prefer a cloud existence.
You’ll be able to get Tweeten 2.0 from the app link below later today when it becomes available. 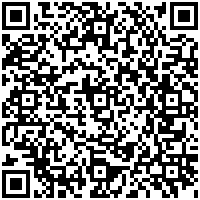 Note: Tweeten is developed by Mehedi Hassan independently of MSPU