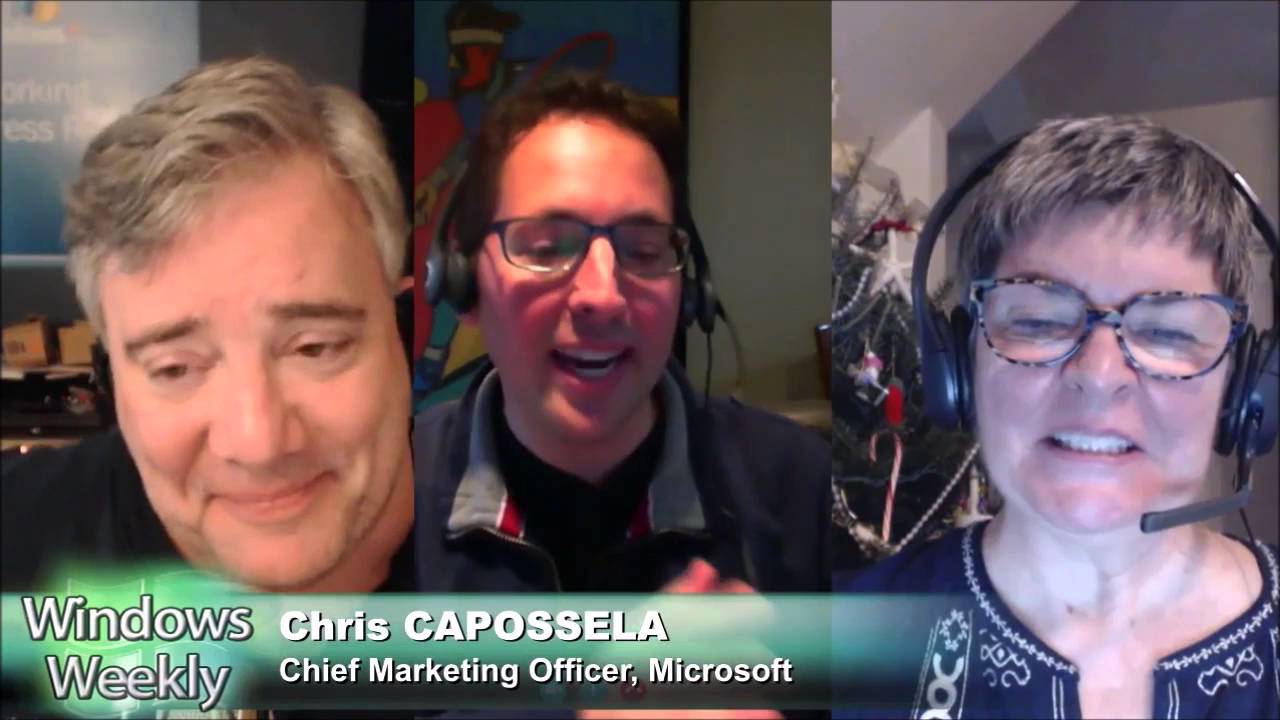 Microsoft’s CMO Chris Capossela was interviewed on Windows Weekly and provided great insight into Microsoft’s recent moves and their strategy going forward, and also gives us a look into the OneDrive controversy, reveals an unannounced Windows 10 Mobile phone, hints at the Surface phone and why we are not seeing any Windows phones on Verizon recently.

Taking it point by point, the company clearly sees itself now more as a  cloud and internet company rather than a software company, with services like Office 365 and Azure being one of the major preoccupations of the leadership team. We can likely expect Microsoft to make more choices in the future to shepherd their users into the cloud, and paying for services there.

Microsoft also seems to have settled themselves into the role of a productivity company and see businesses as their primary market. Again we should expect Microsoft to make choices aimed at attracting enterprise customers rather than consumers, such as recently allowing unlimited OneDrive storage for businesses rather than paying consumers.

Even phones may be designed for business rather than consumers, with Chris saying one of their aims was trying to be a great success with businesses who want to buy phones for their employees, one of the reasons apparently why the Lumia 650 was resurrected, and may be why the Lumia 650’s design looks a bit better than the Lumia 950. Chris confirmed once again the attack on the app gap would be via the Windows 10 desktop installed base.

He committed to providing updates to the core OS directly to phone customers, saying this was just how modern phones work, but it is of note that he did not discuss delivering new features this way.

He also hinted at new “break through hardware” and “break through experiences” such as Continuum coming to future versions of Windows phone to allow Microsoft to break through into the wider phone consumer market. This does suggest the future “Surface phone” will have some kind of gimmick, useful or not, which Microsoft hopes will capture the attention of the smartphone market – let the speculation on exactly what this will be begin.

Regarding Verizon, he confirmed that it was the difference between the resources and cost to develop a CDMA handset and  the expected sales on Verizon which caused Microsoft not to invest in bringing their flagships to the carrier, but left the door open for coming back in the future.

Regarding the Surface Pro and Surface Book, he noted that he considered the Surface Pro the volume device (I suspect wrongly) and from his statements in the video regarding expensive accessories selling well we should expect overpriced accessories (such as the $100 Display Dock) to continue from Microsoft.

In the above video we have condensed the hour and a half interview to less than 30 minutes, but of course the full interview for those with time will deliver even more here.