It’s been almost thirty years since Rob Gilbert and Gary Winnick designed the classic adventure game Maniac Mansion. A lot has changed since then, but one thing has definitely remained the same: people still enjoy a good adventure game. Thimbleweed Park looks like it’s going to be a great one.

Successfully funded on Kickstarter all the way back in December 2014, Thimbleweed Park has been worked on for a while. It’s a throwback to the days back when adventure games had verb lists for user interfaces, and looks like it’s absolutely packed with charm. When it comes to a release date, things were planned out tightly from the very beginning. The release window was either in February of March of 2017, and the game would be a console exclusive to the Xbox One for three months.

We now actually know when the game is coming out, with Ron Gilbert himself announcing it on the game’s official blog. PC and Xbox gamers will get to play it on March 30th, with all other planned platforms (PS4, mobile, etc) arriving a few months afterward. 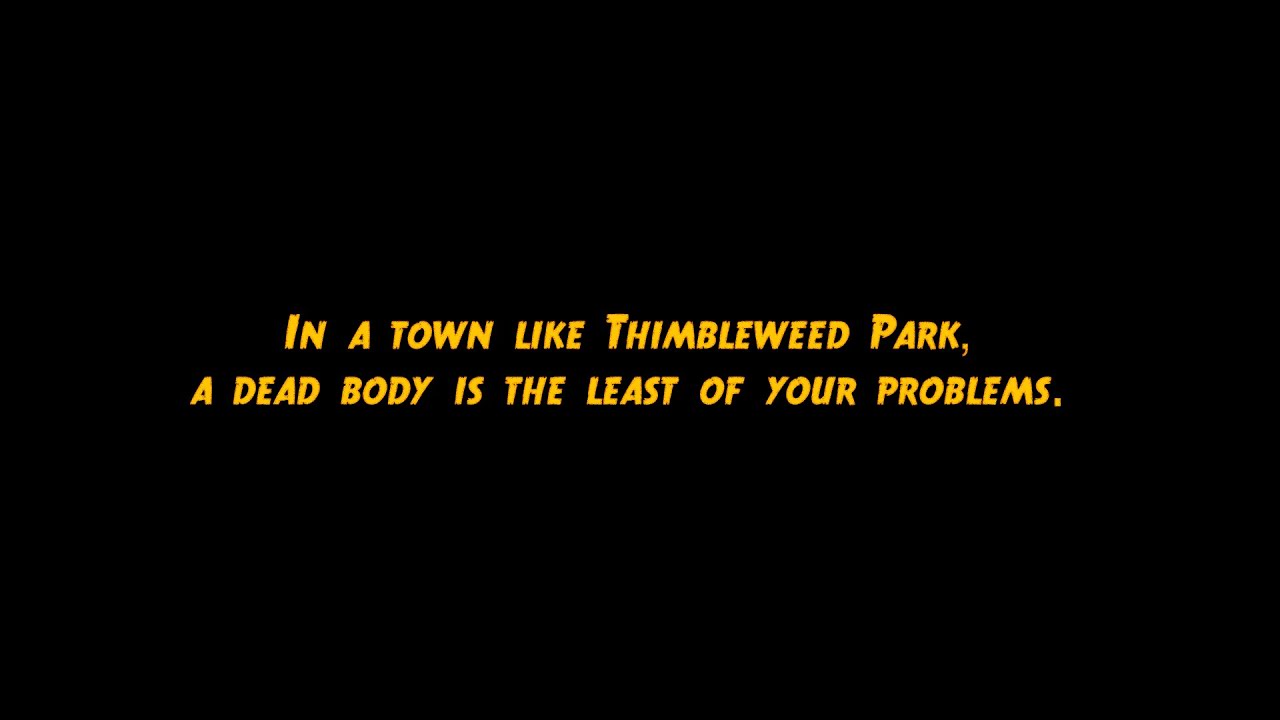 Much like Maniac Mansion and its sequel Day of the Tentacle, Thimbleweed Park puts you in control of a handful of playable characters. These characters each have a vibrant and interesting past and range from a cursed clown to the ghost of a pillow salesman. The game promises plenty of humor alongside a dark neo-noir mystery and definitely seems like it’ll be worth keeping an eye on.

Thimbleweed Park will launch on both the Xbox One and PC on March 30th. Pre-orders are not currently live.

What do you think about Thimbleweed Park? Will you be picking it up when it releases? Let us know in the comments below!