UPDATE 6:16pm ET: Bethesda have extended the giveaway ‘through the weekend’, presumably due to the crashes that the server has been experiencing. That just gives you more time to pick up Morrowind for the low low price of nothing!

Update: We are extending our giveaway through the weekend. #TES25 https://t.co/FFi2EylI3R

In celebration of 25 years of The Elder Scrolls, Bethesda is giving away a free copy of Morrowind to anyone who has a PC.

All you need to do is create a free Bethesda.net account if you haven’t already, log into that account, and and redeem the special code TES25TH-MORROWIND.

Note that Morrowind is only free for today, March 25th. Once today is over, the code for the game will be defunct, so hurry!

While waiting for your game to download, why not take a dip into the history of the main games in The Elder Scrolls series that we’ve outlined below?

The Elder Scrolls dates all the way back to 1994, with The Elder Scrolls: Arena. In Arena, Emperor Uriel Septim VII finds himself imprisoned in another dimension while Imperial Battlemage Jagar Tharn impersonates him. Tharn finds himself unable to corrupt his apprentice, Ria Silmane, and resorts to murdering her instead.

Ria manages to hold onto her consciousness for long enough to help the player escape from a dungeon and sends them off on a quest to reassemble the Staff of Chaos, the only weapon strong enough to defeat Tharn and avenge Ria.

After Arena came The Elder Scrolls II: Daggerfall in 1996. Daggerfall is set in Iliac Bay, a place between the provinces of High Rock and Hammerfell. The player, a former prisoner, is sent to Iliac Bay after the Emperor requests that they free the ghost of King Lysandus and find out what happened to a letter that was meant for a spy. Daggerfall has a whole six different endings based on how many bad decisions you make as you play.

After Daggerfall came The Elder Scrolls III: Morrowind (2002). Morrowind has many twists and turns but, at its core, follows the story of the player after they’re freed from a prison and sent off to fulfil an ancient prophecy. The player gets to explore the expansive island of Vvardenfell in Morrowind, meet the Blades, yell at some important fancy elves, and accidentally murder a couple of people on the way.

Morrowind has many fun features, including an in-depth conversation system and the ability to accidentally (or not-so-accidentally) kill essential NPCs, altering the story forever. The game also isn’t over once you’ve completed the main quest – Vvardenfell is permanently affected by your actions. 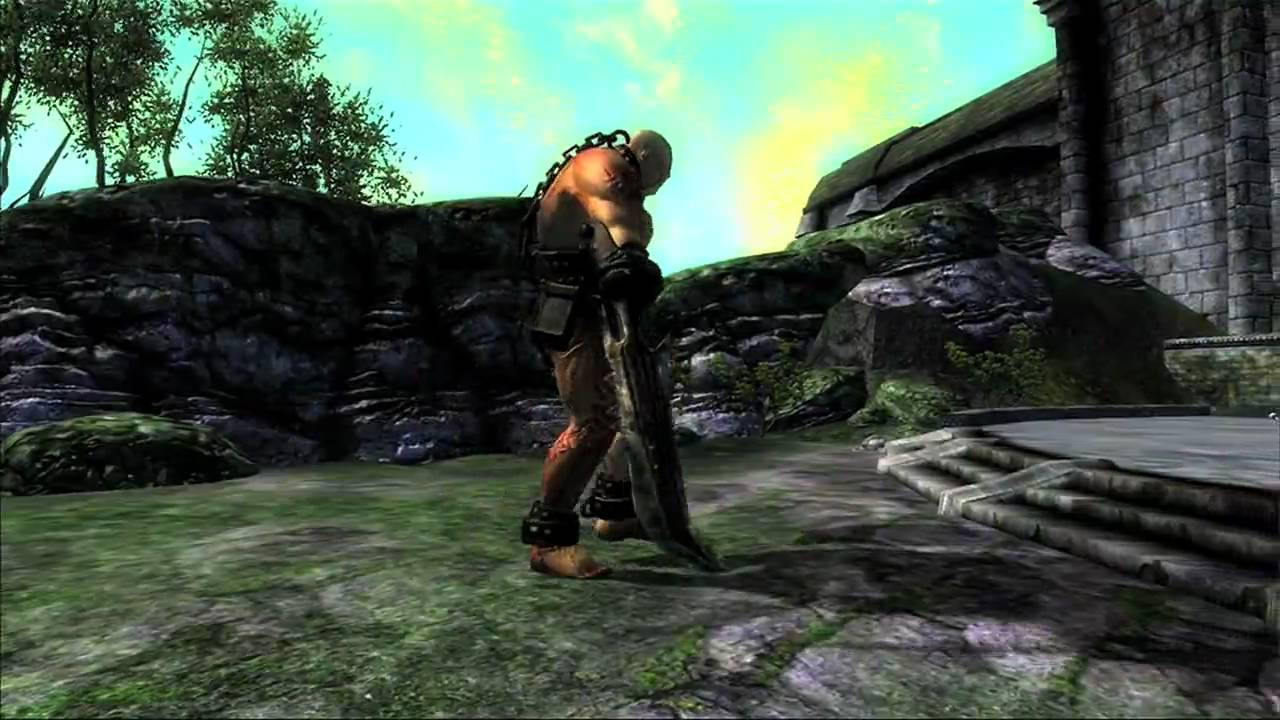 The Elder Scrolls IV: Oblivion came next, in 2006. Oblivion is set in Cyrodiil and the player is, once again, a former prisoner. Emperor Uriel Septim VII entrusts the player with his life and subsequently dies, which shows how much of a good idea that was. The player must find the Emperor’s secret heir, close the Oblivion gates opening across the land, and eventually fight Mehrunes Dagon himself.

Next came The Elder Scrolls V: Skyrim, possibly the most well known game in the series. The player is, yet again, a former prisoner who turns out to actually be the Last Dragonborn (or Laat Dovahkiin). The Dragonborn can consume the soul of a slain dragon and use that raw power to shout people to death. Skyrim also contains a lot of former adventurers who took arrows to the knee.

Skyrim is the last main instalment at the time of publishing, but Bethesda have confirmed that The Elder Scrolls VI is in the works. For now, enjoy your freshly downloaded Morrowind game, and keep an eye out for cliff racers!