The pandemic has made video conferencing the foremost way of doing business, increasing the value of Zoom for example by 500%.

Despite a huge effort by companies such as Microsoft and Zoom it remains a rather unfriendly and tiring technology, but a company called Absurdjoy is hoping to save us once and for all from Zoom fatigue.

Tangle is a new collaboration tool that helps teams work, play, and exist together in a more human way.

It is based somewhat on the concept of an open-plan office, with users in a virtual space and their friends and colleagues arranged around them, with conversation spilling over via spatial audio. Users are able to control the volume, and “close their door” to shut off the sound completely and keep their conversation and space private.

The app is fluid, having been coded by video game designers, and will use a camera-tracked customizable avatar rather than your actual appearance and setting, allowing expressive communication without compromising your privacy.

It is also fully-featured, supporting:

The service is funded by several venture capitalists and is currently in closed beta, with plans to roll it out in early 2022.

Check out a demo of the current features below and read more at Absurdjoy here. 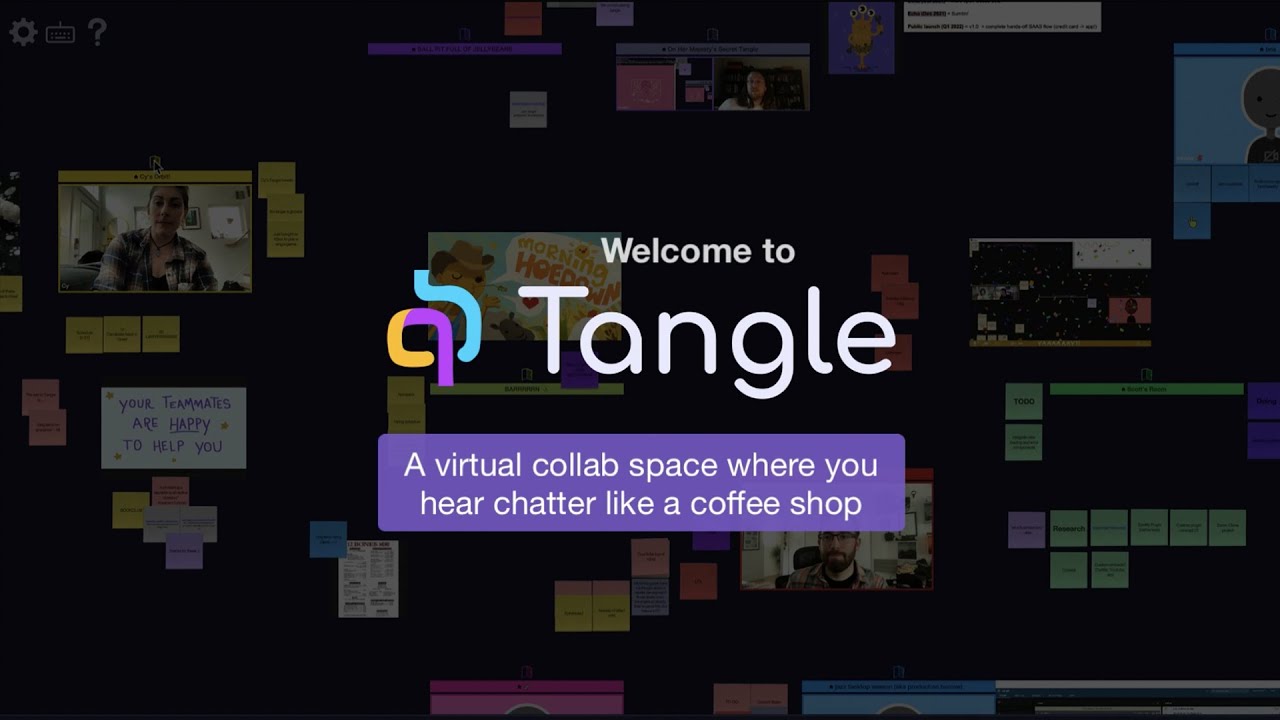