This year Microsoft took a huge leap in terms of internal design which helped Surface Pro X and Surface Laptop 3 score better on iFixit’s repairability scale. Traditionally, Surface devices used to be the least repairable devices on the market but things changed with Surface Pro X and Laptop 3. Unfortunately, there’s still a Surface device in the market with the old design which proved to the Achilles heel.

After tearing down Surface Pro X and Surface Laptop 3, iFixit tore down Surface Pro 7. The design of the Surface Pro 7 is similar to its predecessor and it scored a mere 1 out of 10. The reason for getting such a low score was the fact that it’s really hard to disassemble the device. iFixit noted that the screen is glued shut to the chassis which makes it really hard to open the device. Once opened, everything is modular but the important components like RAM and SSD are soldered to the motherboard. Unlike the Surface Pro X and Laptop 3, Surface Pro 7 doesn’t allow users to swap out SSDs which is a bummer. 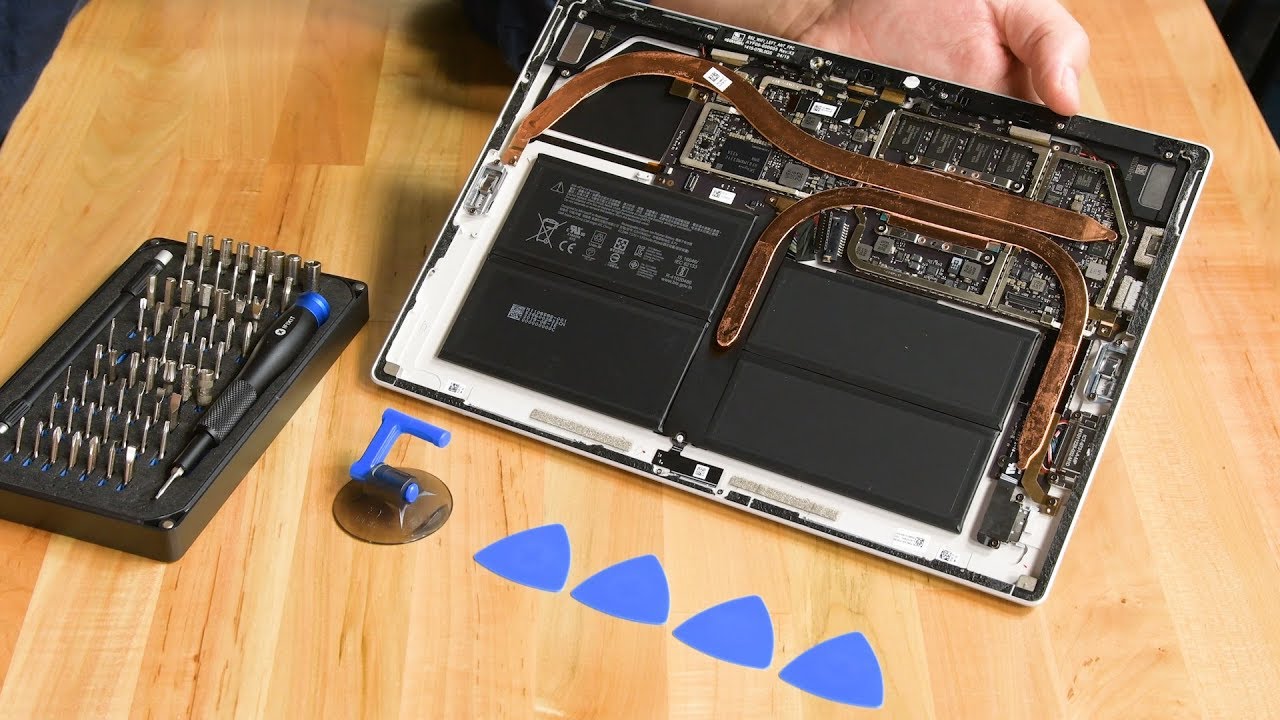 Microsoft is still sticking to the old design which makes it hard for the Pro 7 to be repaired. As things stand, if any of the soldered components break, you will need to replace the whole motherboard which will be costly. The only upside is, all the other components like cameras are modular which might make it easy to be replaced. Even then you will need to perform a risky screen disassembly to access the other components.