Microsoft’s Surface app has received an update. Taking the app to Version 42.602.139.0, the update brings support for Surface Slim pen that Microsoft introduced as an accessory for the Surface Pro X, which is the company’s first Surface Pro that packs an ARM processor.

Note, you can launch the experience one time, so you’ll need to pay full attention when the new experience explains the pen usage because if you don’t you might need to go through the pain of searching the web just to figure out how to use the Surface pen.

In the Oct 2019 release (Surface app version 42.602.139.0), we have added the following features: First run experience for Pen users. The experience launches immediately on 2 Pen triggers: a) undock the pen from its charger or b) touch the pen tip to the screen (for about a second). The experience guides the user through setting preferences and explaining pen usage in Office and other apps. The experience will only happen once per user, it should not launch once it has finished.

You can click on the below link to update your Surface app, or you can head over to Microsoft Store and check for updates. 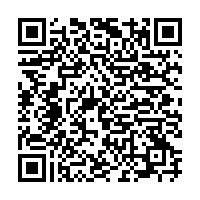