Nintendo launched the Nintendo Labo VR kit back in April, allowing Nintendo Switch users to play around with virtual reality.

Not too long after, they announced that Super Mario Odyssey and The Legend of Zelda: Breath of the Wild would be receiving Labo VR support.

Now, in the 3.1.0 update for Super Smash Bros. Ultimate, the iconic fighting game has received a VR update.

The Ver. 3.1.0 update for Super #SmashBrosUltimate is available now! Visit the website for the full breakdown on what’s been added. https://t.co/20OyKanIvY pic.twitter.com/De3VhEJeme

However, similar to how Super Mario Odyssey only received a ‘bite-sized bonus’ update, the update for Super Smash Bros. Ultimate is just a little bonus for the game. The patch notes say the following:

The new VR mode lets you poke around battles in single-player mode, either by having CPU players fight to the death or by fighting against the CPU yourself.

It is quite a pretty update, and being able to watch battles from new and different angles is both fun and fresh. The update is also completely free (although the Labo VR kit is not). 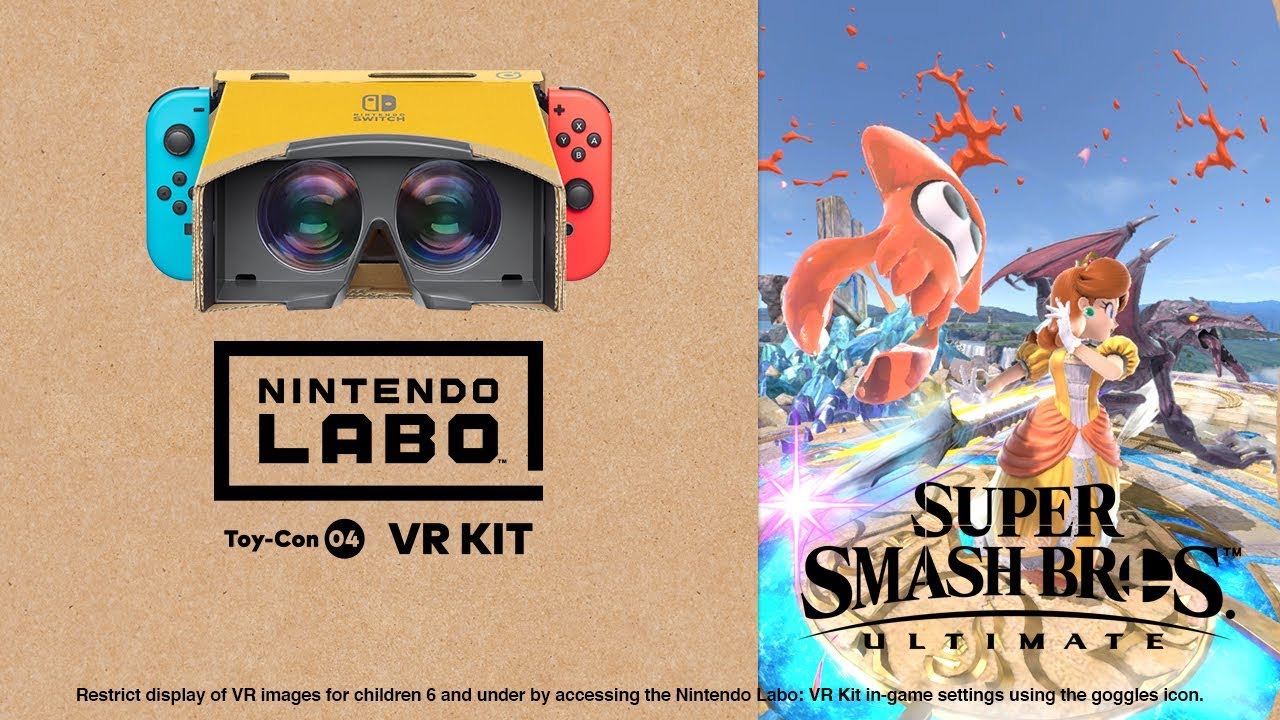 For those unfamiliar with the term ‘Toy-Con’ and what it has to do with VR, here’s a quick explanation: each Nintendo Labo Kit contains pre-made cardboard cutouts, although other materials may also be included, which can be assembled to make a Toy-Con.

These Toy-Cons utilise the Nintendo Switch console and its Joy-Cons (that’s the official name for the Switch’s controllers) to create something more than just a console.

The main Labo VR kit retails at $79.99 and includes six different VR Toy-Con creations to build. The Toy-Cons are a set of VR goggles, a wind pedal, a camera, an elephant, a bird, and a blaster.