While there is a SoundCloud client for Windows 10, like most apps in the Windows Store, there’s a much better designed third party client.

SoundByte for Windows is that client, predating the SoundCloud app for Windows, it offers much of the same functionality you would expect from a SoundCloud app. You can log in, view your account including your stream, playlists etc. The developers even made a nifty trailer for the WIndows Store to show you that they care.
Now, I’m not normally a third party client app user, nor am I a Soundcloud user on the regular, but I downloaded this app because it looked very well put together. On the Windows 10 Anniversary Update and below, it’s decent looking. However, should you make a leap to the Creators Update, and it gets redesigned with Fluent Design, making it quite pleasing to the eye. There’s no support for compact overlay just yet, but I guess there are limits to what you can expect from a free app.
The only issue I’ve had with it so far is that some aspects of the UI like search, appear unpolished. It’s not a big problem seeing as it is a third party app made with limited resources, but for an app which has a well thought out interface elsewhere, slightly disappointing.

You can snag Soundbyte for Windows 10 from the Store link below. It is also available on the Xbox, but it doesn’t work on mobile devices sadly enough. 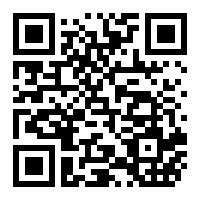