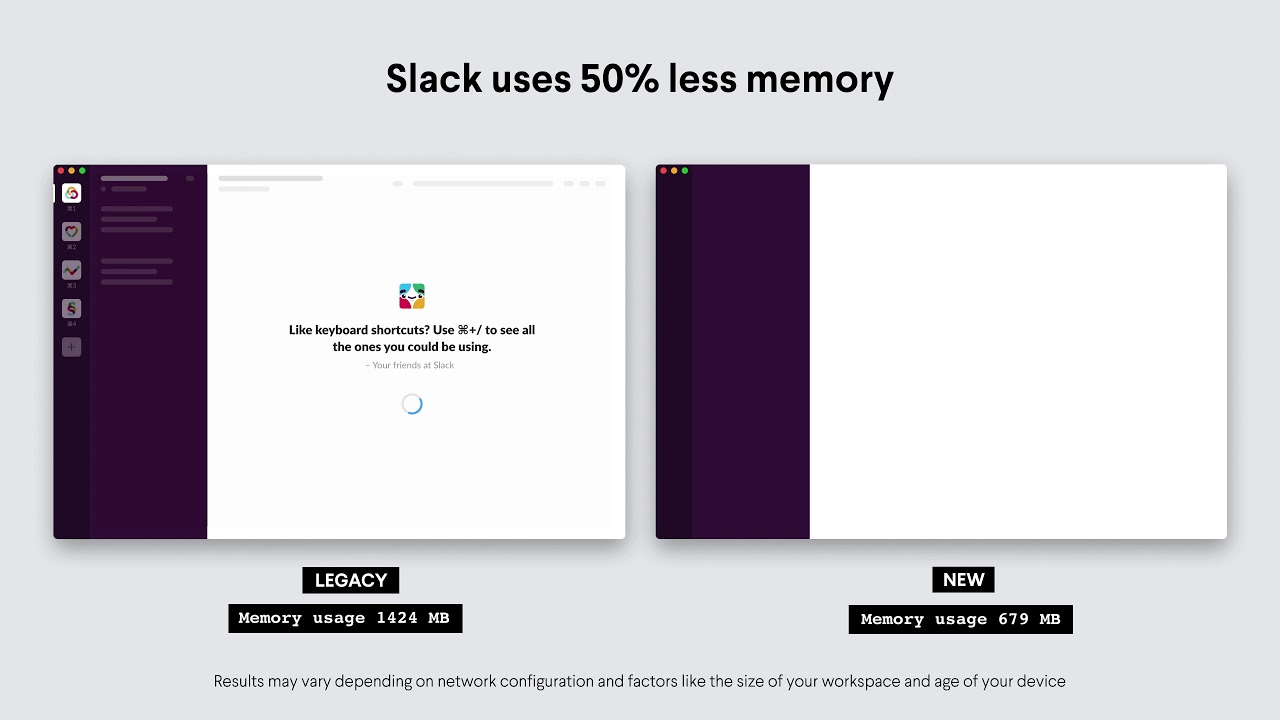 Slack today announced a major update for its desktop app experience. The main focus on this update is about the performance and reliability. The Slack desktop app now launches 33% faster. You can now join an incoming call with up to 10X faster. This Slack update will use your system memory more efficiently, Slack claims that it will use up to 50% less memory than before.

This new update is rolling out gradually over the next few weeks.