After running into some issues in April which caused Samsung Email users on Android to believe their Gmail has been hacked, it appears Samsung is working on a new email client for their phones.

In April Google sent an alert to Android users telling them the official Samsung Email app was from an “unverified developer” that had access to their Google account and was authorized to “read, compose, send, and permanently delete” any message within their Gmail account.

The alarming message was just a bug which hopefully the new Samsung Email Plus app will not suffer from. 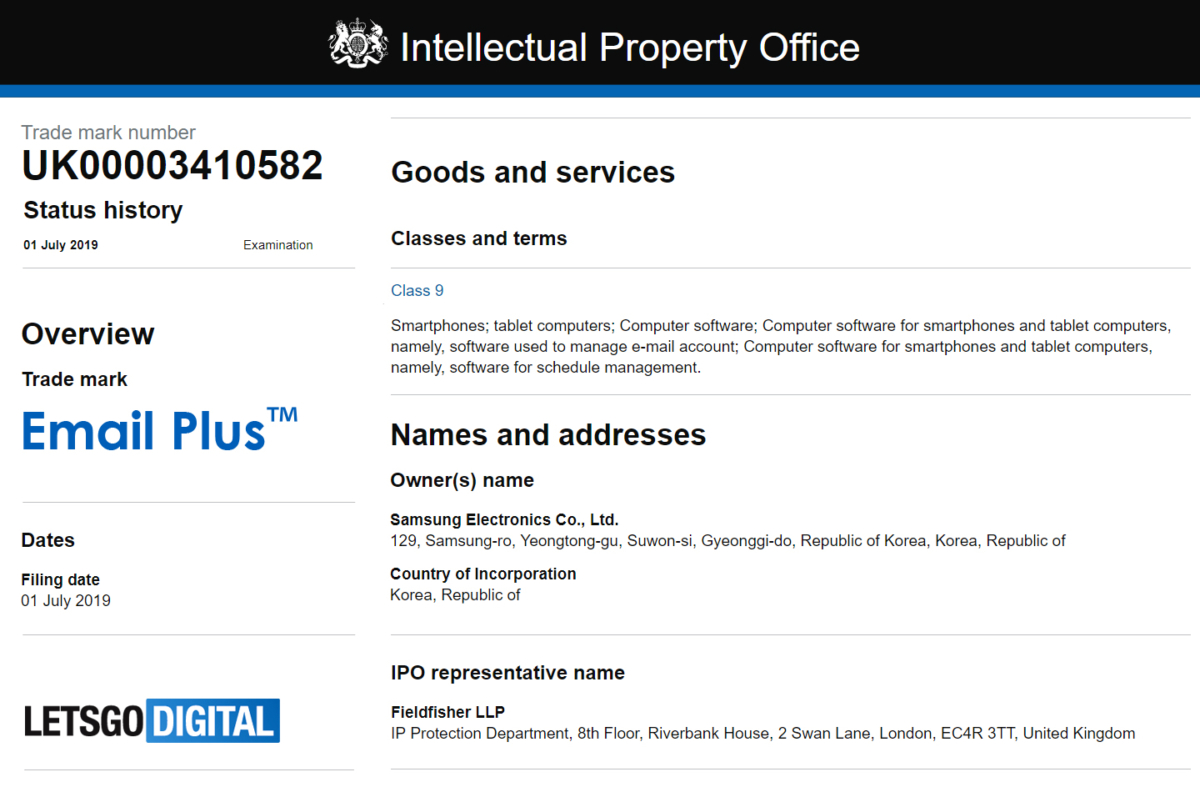 Revealed in an application that can be seen above, unfortunately, the trademark application does not tell us what new feature has caused the app to deserve the Plus moniker, but with the pen focus with the Samsung Galaxy Note 10, I suspect it may be related to enhancements in that arena.

If that is the case, we should know soon enough, as that device is set to launch in around 4 weeks.