YouTube channel Jimmy is Promo have their hands on a Samsung Galaxy Note 20 Ultra, and have been dribbling out videos of the new features on the handset.

Today they posted a video showing off the new features of the S-Pen. The main new feature appears to be a pointer and spotlight mode, which lets you move a pointer or alternatively a spotlight on the screen from some distance from the device, using the gyroscope in the Bluetooth-enabled S-Pen.

To enable to pointer you have to press and hold the button on the S-Pen and then shake the pen. In this mode pressing and holding the S-Pen button will also let you enter scroll mode, which would let you scroll a page in a browser or app by moving the pen up and down. By double pressing on the pen button users can switch between the laser pointer and spotlight mode. To move the pointer you have to press and hold on the pen, and to select something press the button.

The on-screen size of the laser pointer can be increased or decreased, its colour changed, and it can leave a “mouse trail”, allowing users to locate it more easily.

See the feature demoed below: 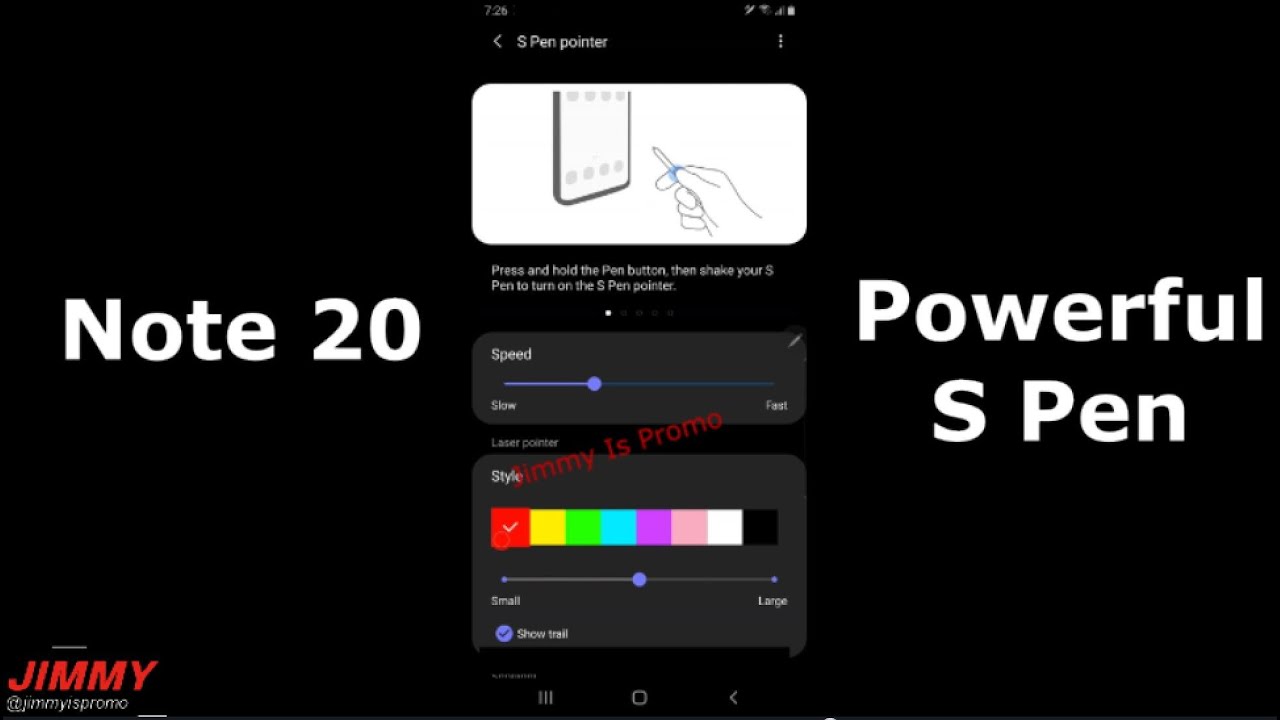 While the feature is neat, it seems completely unclear what the use case would be that could not be more easily performed by simply touching the screen.

The Samsung Galaxy Note 20 range is being announced by Samsung at an Unpacked event on the 5th August. See the full leaked specs below: