Samsung has a number of new launches next year, one of them being the launch of Galaxy A91 smartphone, the specifications of which were leaked a few days ago. Now, we also know about what the upcoming Galaxy A91 will look like and the rest of the specs, about which we’re unaware of till now, courtesy of 91mobiles.

The smartphone will look a lot like the upcoming Samsung Galaxy S11 — it features a hole-punch display to make a room for the selfie camera, and the rectangular camera module at the back also resembles the S11.

Talking about the specifications, Galaxy A91 with model numbers SM-A908 and SM-A905 will feature a 6.7-inch full-HD+ sAMOLED display. It will also pack Snapdragon 855 chipset paired with 8GB of RAM and 128GB of internal storage, a 4,500mAh battery with support for 45W fast charging, Wi-Fi 802.11ac, Bluetooth 5.0, and USB Type-C port, which is placed at the bottom next to a single speaker grille, 3.5mm audio jack.

Talking about the camera, Galaxy A91 renders suggest that there could be either a triple camera setup or a quad-camera system at the back. It might launch with a 48MP primary sensor, a 12MP ultra wide-angle sensor, and a 5MP telephoto lens. Instead of the 12MP wide-angle sensor, the Galaxy A91 might also settle on an 8MP ultra-wide camera at the back. There is also an interesting camera feature called Tilt OIS, but unfortunately, we don’t know what it does. The smartphone will feature a 32MP front camera for taking selfies.

The smartphone has no fingerprint sensor, meaning that we might see an under-the-display fingerprint reader. The Galaxy A91 measures 162.4 x 75.6 x 8.1mm.

Surprisingly, it is also being reported that the Galaxy A91 will be launched as the Galaxy S10 Lite in some markets. Nevertheless, the Samsung Galaxy A91 is expected to see the daylight in the month of January next year. 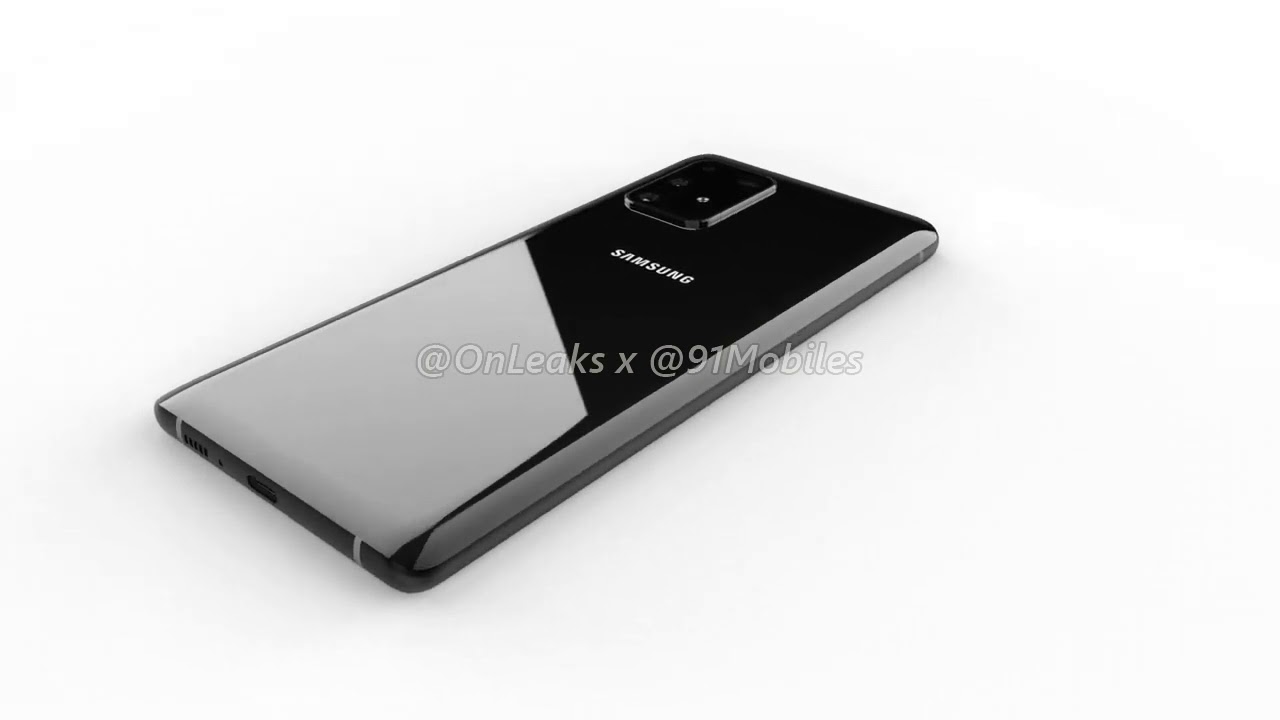