The devices have been widely leaked, but Samsung still had a few tiny surprises up their sleeves, which we detail below. (Updated Live)

Samsung says their device vision is being driven by their Experience Innovation – the seamless integration of the latest technologies such as 5G. The company appears to be taking a potshot at Hauwei, saying when it comes to Smart Devices, trust from the chipset to software level is needed.

The phones have a 7000 series aluminium chassis with a Gorilla Glass 6 front and back. The backs have a prismatic look and are available in Aura Glow, Aura Black, Aura Blue, and Aura White.

Samsung says fast charging can offer a full day of charging in 30 minutes.  The S-pen does indeed feature “Air Gestures” which lets you zoom in the camera by drawing a circle in the air.

Live Focus is now available in video and zoom in on sounds. There is also a super-steady mode which offers dramatically improved video stabilization. There is also a full video editing app on the phone.

The camera also lets you make your own AR filters and a 3D scanner app. The Samsung Gallery app can now sync directly to OneDrive and offers a Link to Windows button in the notification shade.

The Outlook app on the Note 10 offers special integration with the S-Pen, offering a peek mode when you hover the pen over an email.

The Note 10 range features advanced vapour chamber cooling which is helpful for gaming.  You can stream PC games to your Note 10 via the PlayGalaxy Link P2P streaming feature.

There is now no Bixby button, but if you are a fan you can map a double click on the power button to that function.

The ultrasonic fingerprint reader can wake the device, and will no longer be fooled by paper or gelatin fingers.  It is also possible to assign special apps for partial unlocking.

The Notes app now syncs between devices, allows you to zoom, and will convert your handwriting to text and export it via PDF.

Samsung Dex will now let you take over Mac or Windows PCs and laptops, meaning the most common screens are now available to use.  You simply need to plug in your phone into your laptop. You can also drag and drop items from your desktop to the Dex environment. The usual Dex to screen and mouse mode also works.

The device will hit the market on the 23rd of August.

See the Verge’s hands-on video with the handsets below: 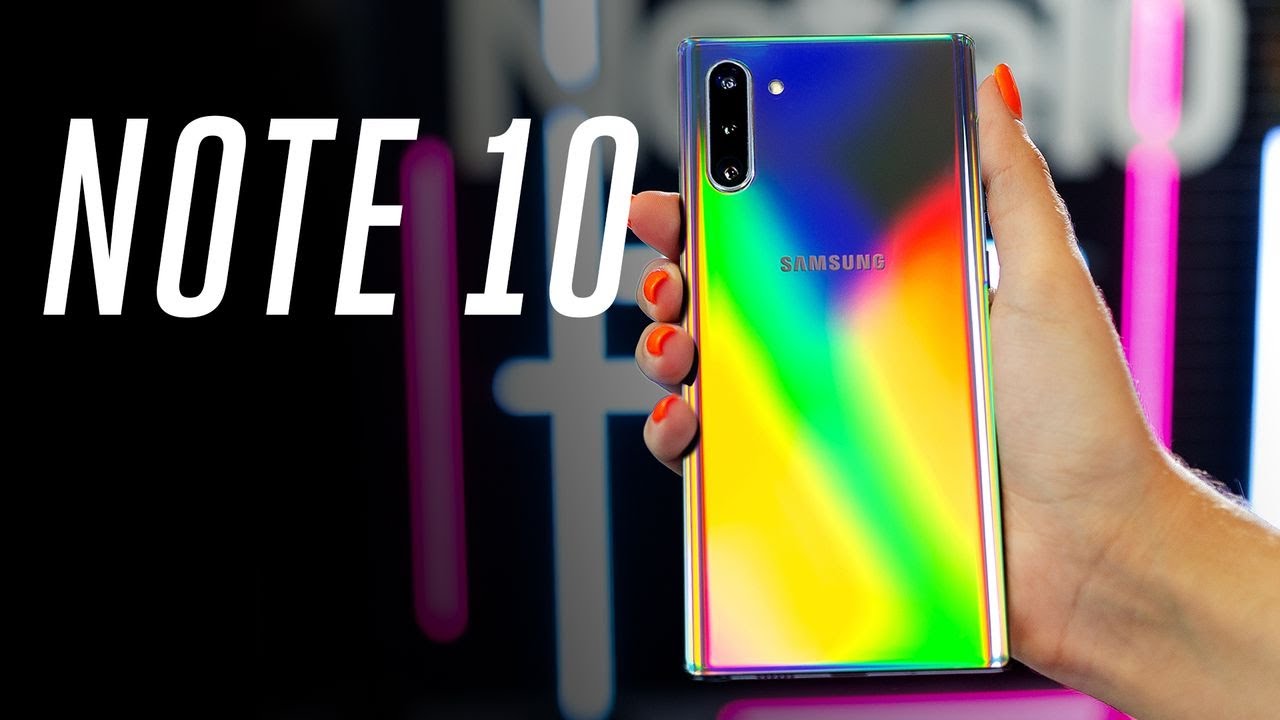 See the full specs below: