As far as control schemes go, physical fightsticks are some of the most premia. With hardcore players in the FGC demanding high-quality arcade-like controllers, those who do purchase a fightstick expect a high degree of quality.

Wanting a fightstick comes down to one thing: wanting to replicate that arcade feel at home. While back in the arcade heyday the proclamation of an arcade perfect port was the holy grail of video games, rarely did anyone ever have a fightstick to go alongside their console. Games would never look as good as in the arcade and, with a pad, they wouldn’t feel the same either.

Nowadays, most fighting games are designed alongside the general control scheme. No longer is that an arcade machine, it’s now the controller. That doesn’t stop zealous fighting game players from preaching the glorious fightstick as the One True Controller, but it’s made the life of a casual fighting game player a lot less infuriating.

FightSticks are good, there’s no doubt about that, but the price of purchasing a single stick is usually a wallet-draining affair. With most traditional controllers costing £60, the price of an additional fightstick is usually too much for most gamers. Since most sticks are unfortunately limited to single-platform use, those with numerous consoles are often forced to pay ludicrous amounts to be able to play every platform with a fightstick.

That’s where Venom’s Multiformat Arcade Stick comes in: as a fightstick that’s compatible with all major platforms, is it still a great choice for fighting game players? Well, that answer is a resounding, “meh?”.

It’s a product in a weird spot. Those who want to use a fightstick probably already have one: fightsticks aren’t as universally used as pads and there aren’t many entry-level, budget sticks that get picked up all that often. But with so many platforms having their own exclusive fighters like Killer Instinct, Ultra Street Fighter II and Guilty Gear Xrd, a universal controller is a great get. But by spreading itself across every platform, does the Venom Multiformat Arcade Stick spread itself too thin?

The answer is a resounding, “yes”. Venom’s Multiformat Fightstick supports a lot of hardware, but it supports it without any flair. The stick feels good: Venom has included a nice and clicky joystick that is easy to perform basic moves. Half-circles are simple on any controller, but they do feel satisfying to pull off here. There’s a tiny amount of travel, a bit more would be preferable, but if you’re learning the ropes then this isn’t a horrid choice.

When you get to faster, more advanced movements the Venom stick doesn’t hold up as well. Due to its smaller stick length, 360s and other advanced analogue techniques aren’t as easy to pull off as on more premium hardware. I found it a lot easier when switching the control emulation to analogue instead of D-Pad, but it still wasn’t as easy as simply using an Xbox One pad’s analogue stick.

The six buttons included with the fightstick aren’t exactly the most ideal either. Unlike the stick, there’s no click to them—they’re easy to press but they lack satisfying feedback. Even compared to a controller, it feels flat. However, they are responsive. During my entire time using the stick, I never felt that I was missing hits due to the buttons, it was always the stick and, as I got used to the shorter travel, that did happen less and less. It’s never a perfect choice, but it’s never bad. 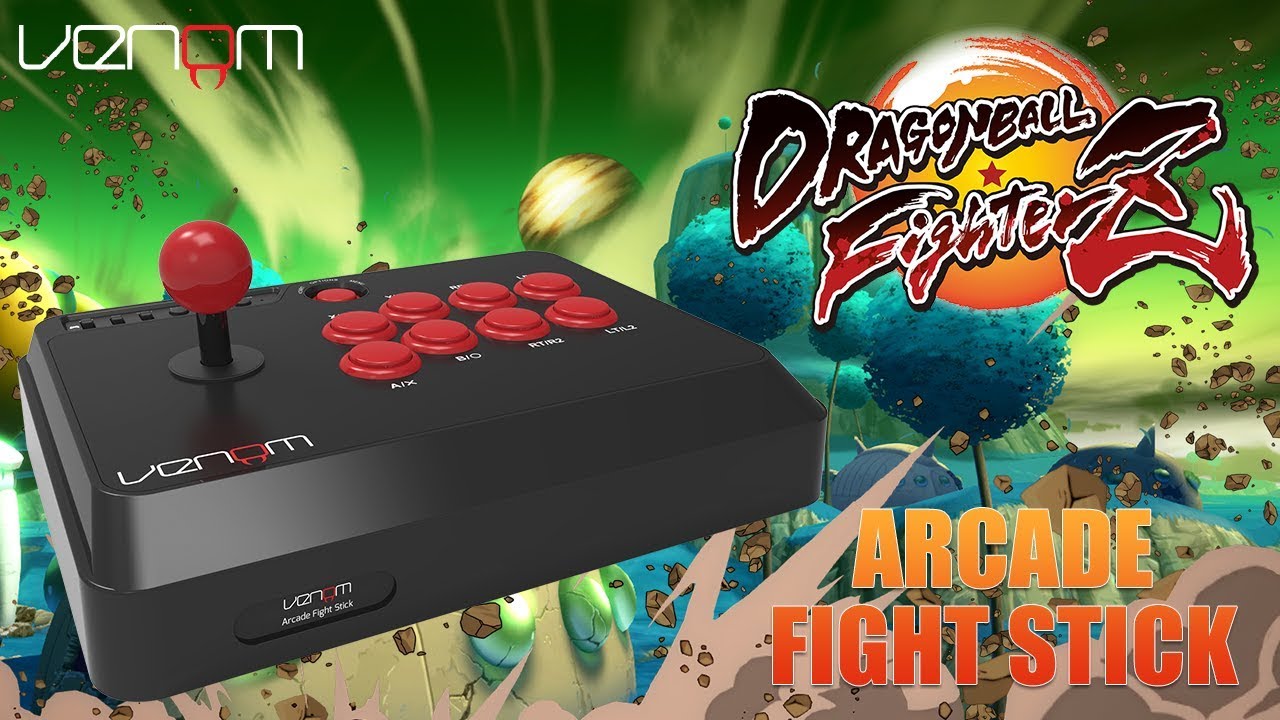 Venom’s Multiformat Fightstick is a fine choice for fighting games. It could do with some improvements in a second iteration, but it’s the convenience of having one stick to use on every platform that makes it stand out among the crowd. While it wouldn’t be my first choice for a stick if I only had one console, it’s hard to deny that Venom has made a decent product with a wide range of use. Just don’t play games that aren’t fighting games on it: we used the fightstick to play A Plague Tale: Innocence and it did not go well.

Overall, we recommend the Venom Multiformat Fightstick, but not as your sole controller. It’s a decent stick—you’ll definitely find a use for it when moving between consoles. If anything, it’s a cheap and reliable alternative that you can shove off onto your friend when you’re kicking his rear at Tekken.