Reviewed on Xbox One

Tetris is one of gaming’s perfect games. Try as hard as you might, you won’t come up with a legitimate fault in Tetris’ game design. It’s a game that started off flawless and has only improved since. Hard drops, soft drops, ghost pieces and more have all been added over the past two decades to make Tetris an experience that no one can truly hate. Treasure Stack, on the other hand, is far from perfect.

Games like Dr. Mario, Puyo Puyo and Mean Bean Machine are all similar types of games to Tetris—falling puzzle games—but they follow the same basic principles. Treasure Stack tries to merge two genres: falling puzzle games and platformers. Instead of controlling the pieces themselves, you’ll play the role of a character at the bottom of the screen who hops around the playing field.

It’s not exactly a speedy experience. Those who are great at Tetris can easily make the game incredibly fast and fluid. In fact, building up the one of Tetris’ playing field and then expertly pulling off the almighty Tetris is an incredible feeling—one that Treasure Stack ultimately lacks.

Instead, Treasure Stack takes similar mechanics from Tetris and simply makes them worse. For example, hard drops are executed by firing a grappling hook towards an oncoming piece and pulling it towards yourself, but then you can move it. It lacks the risk-reward of its spiritual predecessor’s own hard drop. In that game, it’s a permanent fixture, one that’s easy to mess up, but if you’re good at it then you can easily build up thousands of points.

At least Treasure Stack isn’t unwieldy to control, although it isn’t always satisfying. Movement is rather clunky, but mistakes are usually at the fault of the player and never at yourself. It can also be quite a pretty game, although its pixel art and animations aren’t very detailed at all.

However, if you want a puzzle game with a decent amount of modes then Treasure Stack may be your jam. There are solo mode and multiplayer, each with numerous characters you can play as. They’re not as in-depth as something like Tetris DS (the best Tetris game, fight me), but there is variety to a rather anemic game. 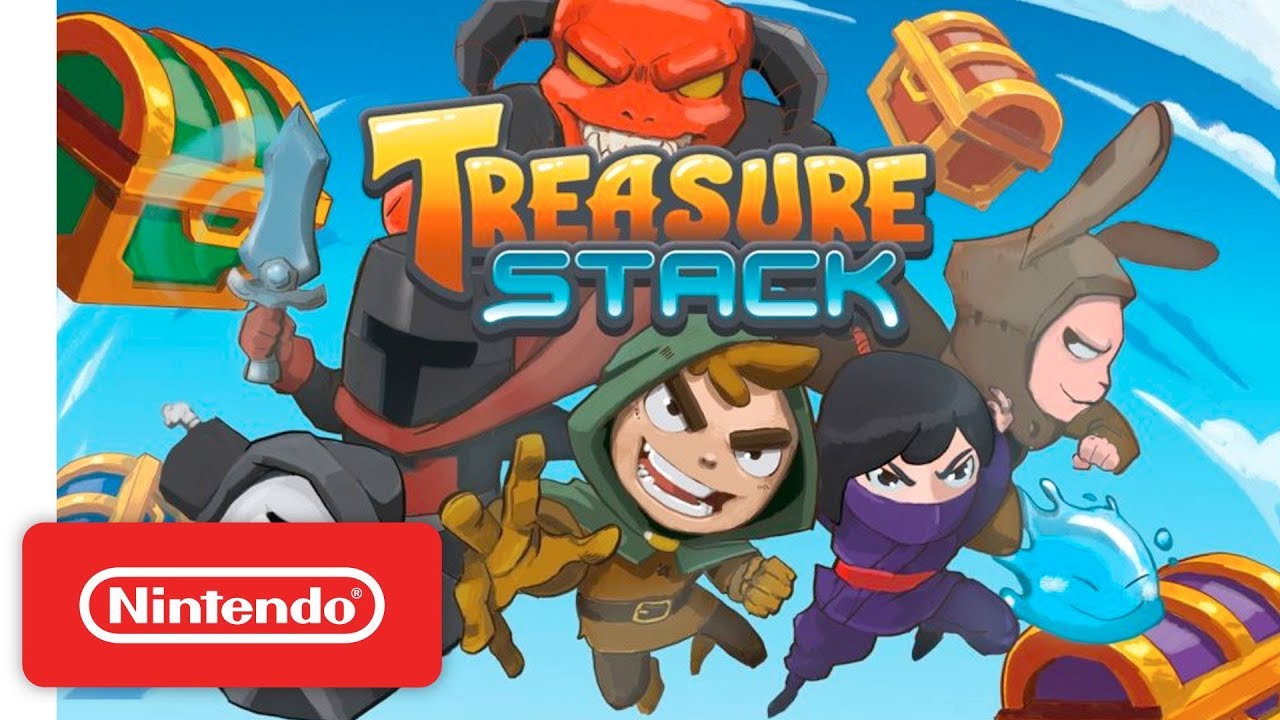 That’s pretty much the entire problem with Treasure Stack—it’s anemic. There’s certainly effort put into the game and it can be a little bit of fun from time to time. It’s definitely not a great game, though. And with so many different puzzle games available, including the almighty Tetris, there’s just not enough to make Treasure Stack worth a recommendation.