A double apocalypse isn’t exactly the perfect future I’d have imagined for the life of our dear, sweet Earth. One apocalypse sounds like enough trouble for one planet to get into, but two in a row just sounds like overkill to me. Double Fine’s upcoming roguelike RAD is deliberately a game all about overkill; the concept of “too much” is a concept that it doesn’t understand. From my short demo with the game, it’s a game that teeters on the edge of how much is too much, always walking a fine line, and it’s better for it.

Taking place in the post-post-apocalypse is just a slither of RAD’s innate ability to make hyperbole the norm; it makes “too much” seem like the perfect amount. Being 80s-inspired, you’re obviously slapped into the shoes of a teenage protagonist tasked with saving the world! While its initial premise may be grounded in what’s become decades of genericism, delving more than just a scratch into its twice-destroyed world will unveil a game that’s tremendously deep.

As your selection from one of eight teenagers, you’re instructed by your village elder to go out into the world and return life to the planet. This is partly accomplished by simply walking across the desolated and devastated environments of the nuclear-ridden The Fallow, the radiation-filled world that prior disasters have left behind. With each step you take, the world springs to live beneath your feet, spreading bright and beautiful flora beneath your feet. While you plod along the cracked wasteland floors at first, walking back along your strip of life will cause you to speed along at a brisk pace.

With a randomly generated roguelike like this, the prime worry is that it may not satisfy to the same quality that rival genre rulers such as Isaac or Gungeon do, but RAD attempts to distance itself from the crowd by being wholly unique in comparison. The more you delve into The Farrow and beat up the creepy-crawly mutants that litter the wasteland, the more radiation you’ll be exposed to. As you start to gain XP and level up, your character will mutate and grant you an insane body-morphing upgrade that’ll lend you remarkable powers.

While I can’t imagine that becoming so irradiated that your head morphs into a python skull is a fun experience for our pre-adult protagonist, it’s certainly a cool opportunity for the player to interact with the satisfying combat systems RAD lets you play with. Other skills are just as mental; whether your body has mutated your head into a fire breathing skull, electric hands or a boomerang arm, you’ll always get something that’s at least part-way useful. In my run, I was granted with the latter, q quick-fire boomerang made out of a horrendously mutated arm. It wasn’t pretty, but it sure was effective. 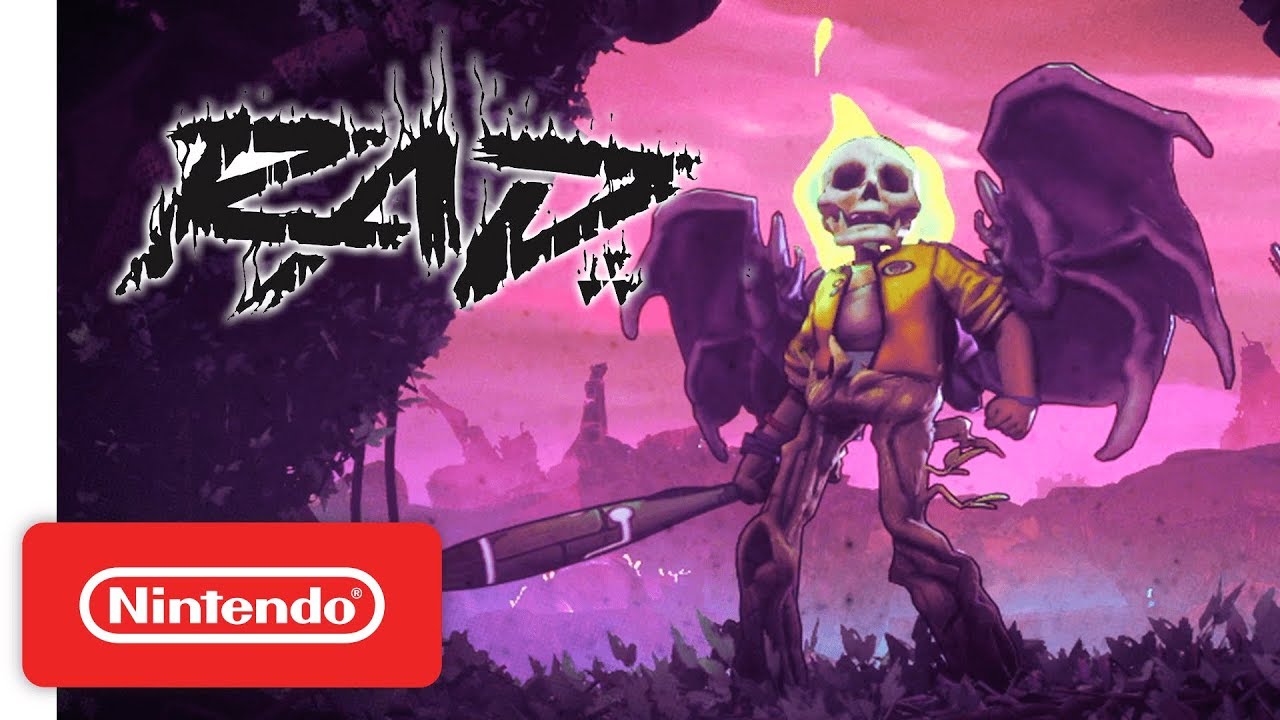 These mutations are the key draw of the game’s simple-but-effective combat system and your utilization of these whacky skills are integral for powering your way through many dangerous landscapes. While we didn’t have the opportunity to play with a host of mutations, the promise of unrevealed content makes the mouth drool with excitement. There’s potential here for RAD to stand tall alongside Nuclear Throne, Gungeon and Isaac, but that depends on how deep developer Double Fine are willing to take the game’s basic mechanics.

RAD is coming to Nintendo Switch, Xbox One, PS4, and PC this summer. It looks pretty  sick.