PlayStation has announced, via their blog, that there will be two new fetching colours of DualSense controllers coming mid-June.

The new colours Midnight Black and Cosmic Red, will both be available in June, with the date varying by region. Here in the UK, you can snag one of these new colours for £59.99 at retailer GAME on June 18th.

“Midnight Black features two subtly different shades of black with light grey detailing to reflect how we view space through the night sky,” PlayStation pontificates about the controller’s inspirations, going on to say the Cosmic Red controller “offers a striking black and red design inspired by the unique vivid shades of red found throughout the cosmos.”

Sony has, in the past, cracked down on faceplates that were produced to change the look of the PlayStation 5 console and controllers, so it’s clear they wanted this colourful accessory market to themselves. It’s nice that they finally decided to give consumers the option after a brisk six months.

The announcement of these new colours also came with a swanky trailer to highlight their cosmic designs. 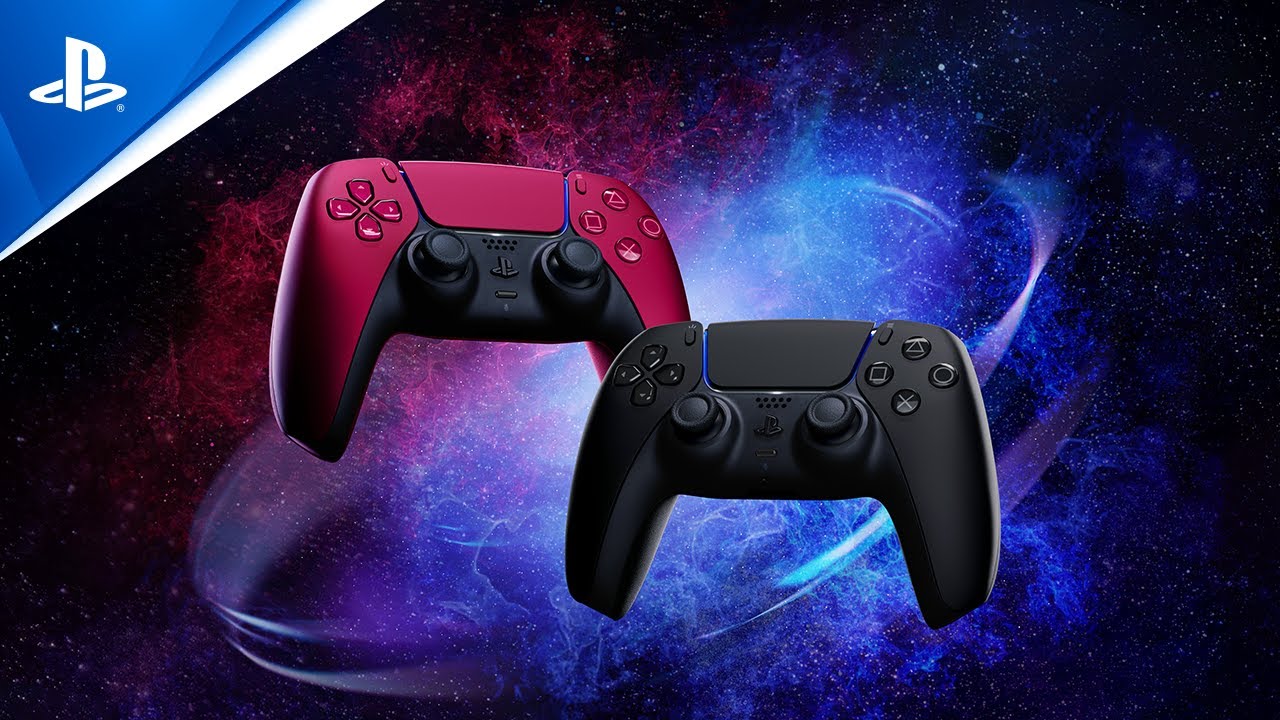