Recording voice notes in Office Mobile is an incredibly handy feature, helping you capture your thoughts and ideas even when you’re on the go. These notes can also be automatically transcribed with the app, making this feature versatile and powerful. Now we’ve added transcription support for even more languages, including Chinese, French, German, Italian, Spanish, Japanese, Russian, Hindi, and others. 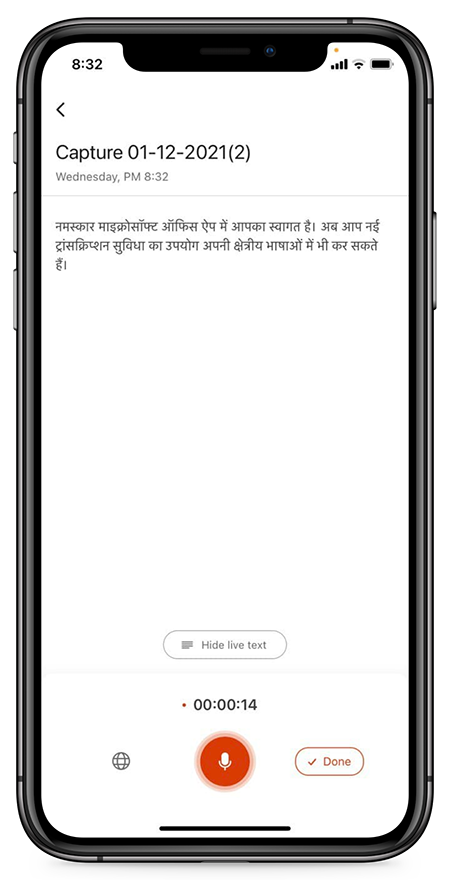