While Windows Mixed Reality headsets have lower requirements than something like an HTC Vive or Oculus Rift, you still need at the very least a mid-range PC and a variety of ports available to power the headsets.

To prevent users from wasting their money buying a headset for a PC which does not meet the specs Microsoft is working on a Windows Mixed Reality PC Check app which lets users check their PC before heading to the store.

Download and run this app to check if your PC can power Windows Mixed Reality. The check doesn’t take long, and we’ll let you know if any changes are needed.

Windows Mixed Reality delivers exhilarating experiences that combine the thrill of VR with a phenomenal sense of presence. It requires a compatible headset and PC running Windows 10 Fall Creators Update.

Besides giving a Yes and No, the app also appears to offer advice to users on which components can be upgraded to meet the spec.

While the app can currently be downloaded and installed, it does not appear to be functional at present, offering errors when you try and run it.

Screen shots of the app in action can, however, be seen below: 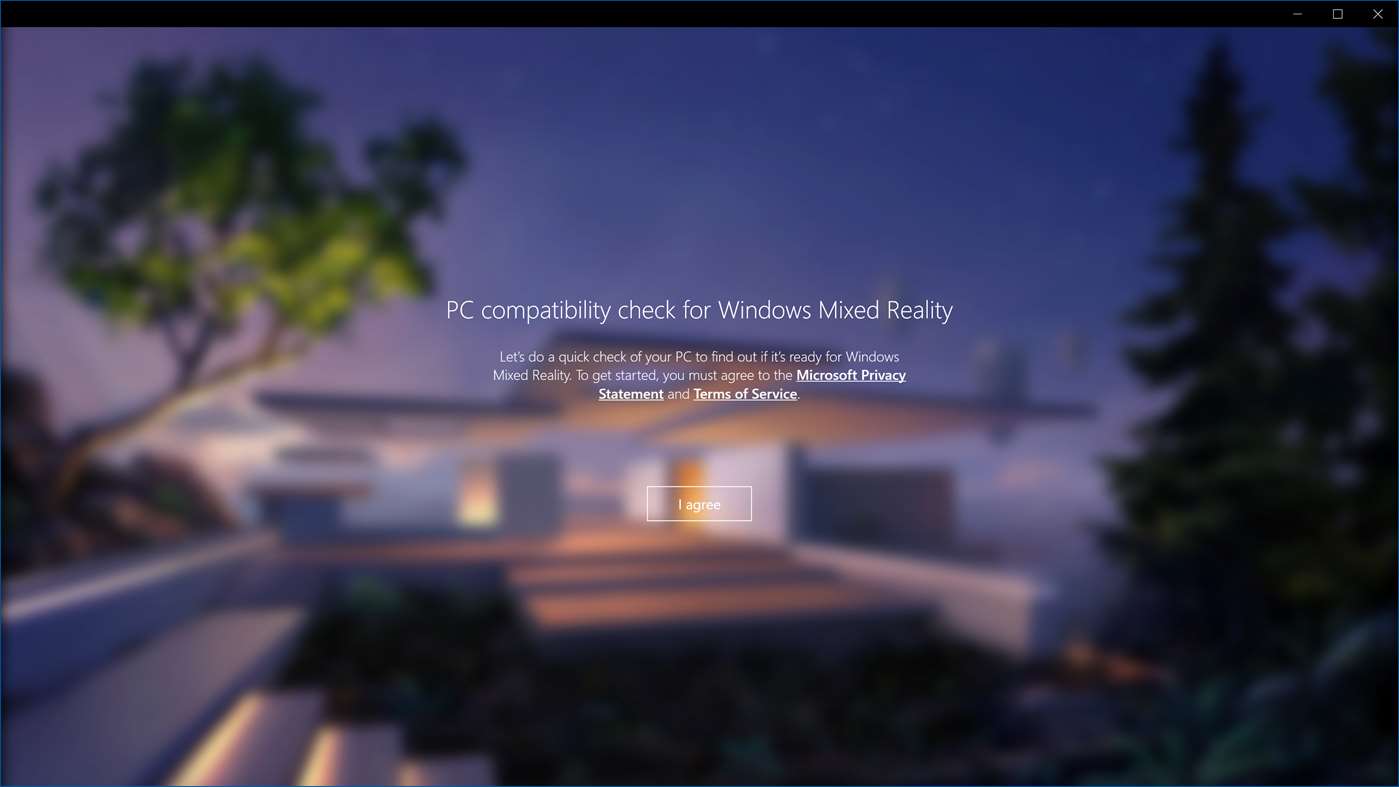 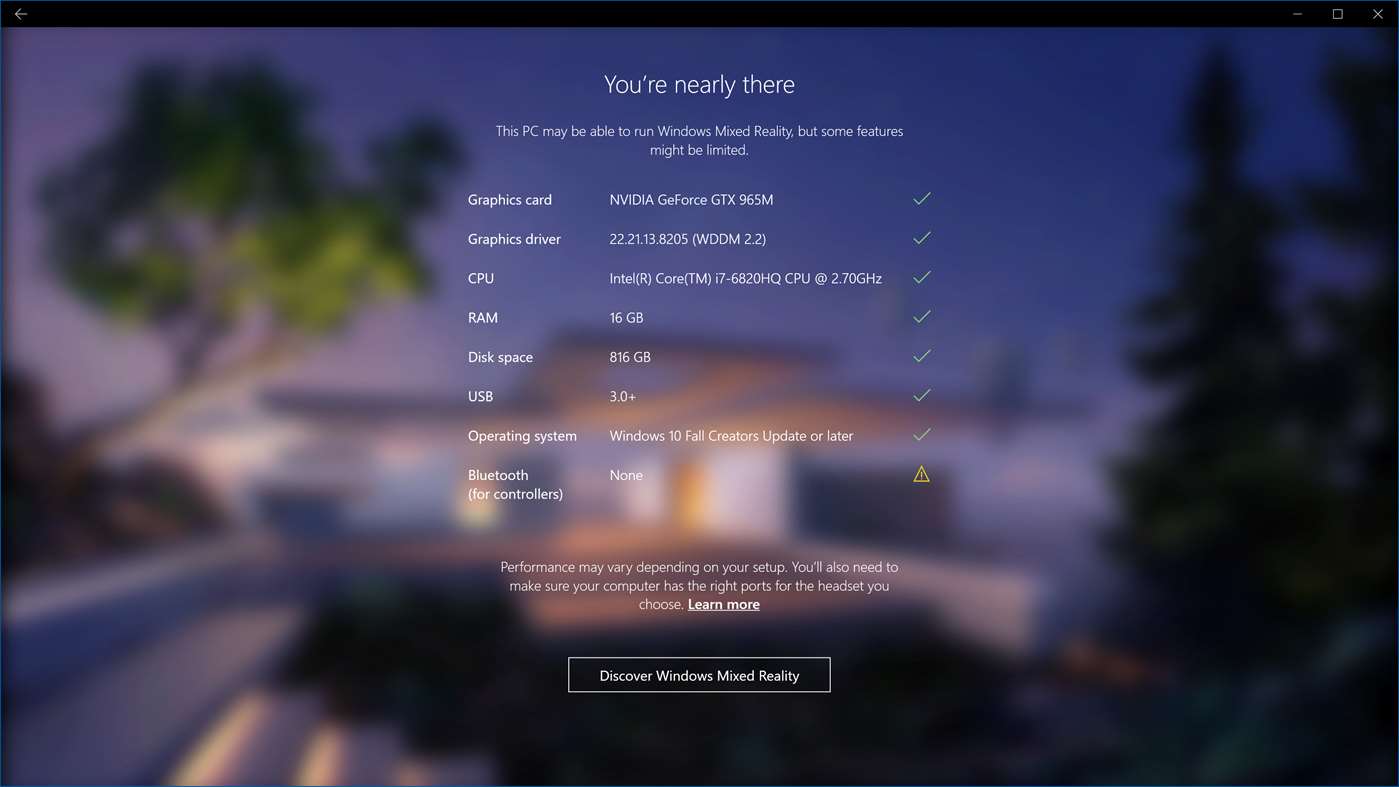 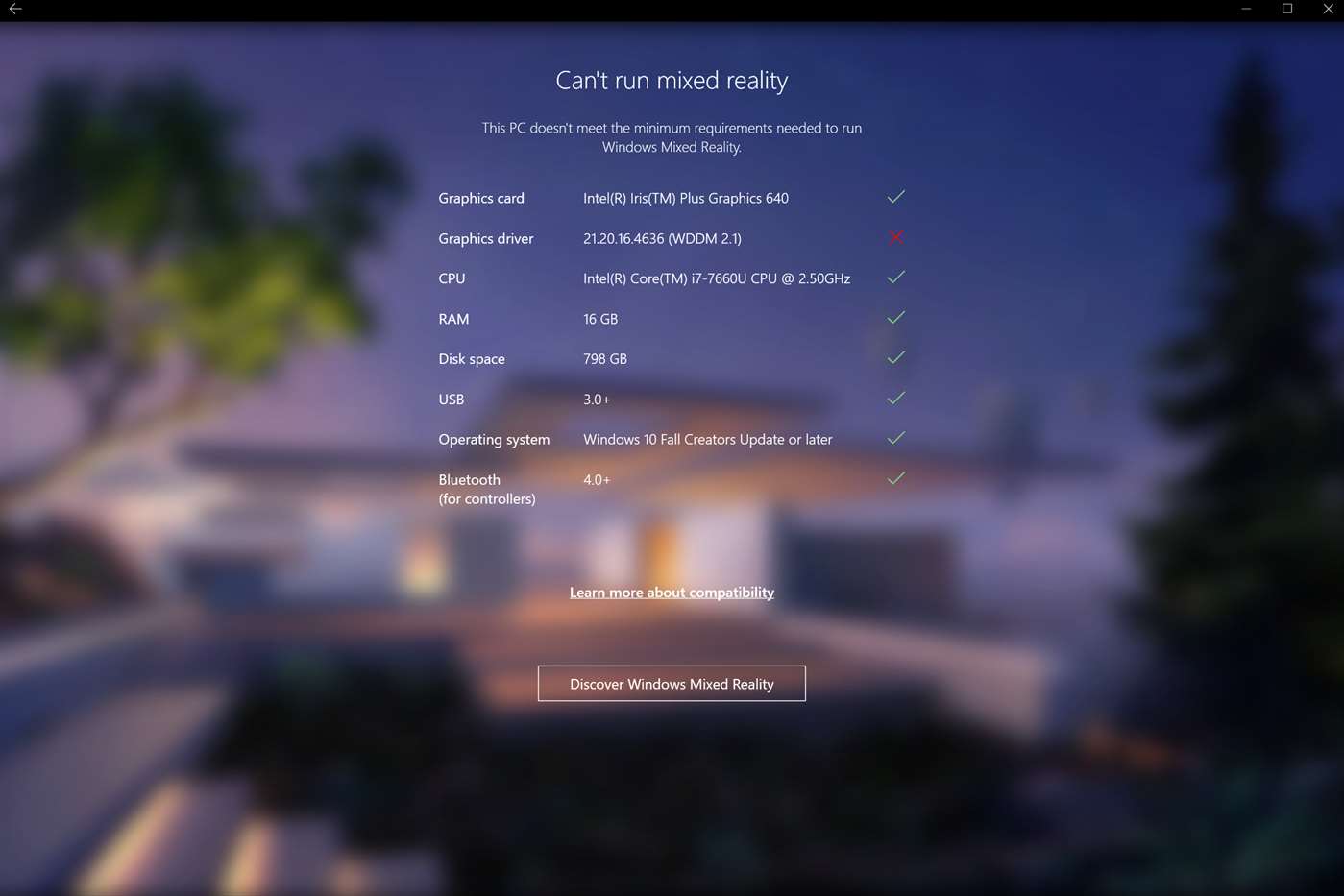 There is currently a two tier system for specs required, named Windows Mixed Reality and Windows Mixed Reality Ultra, with the main differentiator in practice being the frame rate the headsets can deliver, with basic computers being able to deliver 60 fps and Ultra PCs 90 fps. This is quite a significant change, as lower frame rates are associated with nausea, a major issue with VR.

New PCs will be sold this holiday season with badges showing which level of performance they are capable of.

To do a manual check of your existing PC, see the last published specs below: