Netflix is bringing HDR support to Windows 10 devices on the Fall Creators Update and above starting from today. The firm is rolling out this change to users of the Netflix website in Edge, and the Netflix app in Windows 10.

Not all their media are in HDR, and you’ll need a HDR compatible device like Microsoft’s new Surfaces to enjoy it. That being said, Netflix is promising at least 200 hours of entertainment right off the back, including the popular Stranger Things.

“This feature is the culmination of a multi-year collaboration between Netflix and a number of industry partners.” Netflix’s representatives explain on Medium, “Intel’s 7th generation and higher CPUs provide that capability needed to play the Netflix HDR10 encodes. In addition, both Intel and Nvidia developed GPUs that use 10 bits-per-channel for each of the RGB colors, increasing the colour space that can be represented.”

The update has rolled out to the Microsoft Store, and Edge users should see it automatically.

This is not the first Netflix feature that’s enabled by technology available on Edge and the Netflix app, streaming up to 1080p on Netflix was also only possible if one used either Edge or the app, and 4K is limited to the app itself. If nothing else, it seems, Microsoft’s UWP technologies offer advantages for video streaming services. 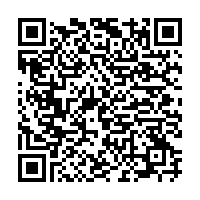