On Tuesday, Microsoft showed Surface Duo to the public for the first time. Unfortunately for Microsoft, it didn’t go as well as they had hoped. During the demo, Surface Duo stopped responding, thanks to the early Android software and apps.

Kevin Gallo, Microsoft’s head of the Windows Developer Platform, was running the demo when the device failed to work when Gallo tried to expand Google Maps across the two screens. He did immediately switch to another Surface Duo that failed while performing the same task.

While it was an obvious fail, to Microsoft’s defence, Surface Duo is still under development and you expect these things to happen while testing prototypes. However, if you missed the live event then you might have noticed everything going as planned in the recorded video. That’s because Microsoft edited the clip after the demo was over and replaced it with the clip that shows everything going according to the plan.

The new footage does give us a glimpse into Microsoft Surface Duo and how well the device works even though it’s still a prototype. The edited footage also gives us a peek into the gestures that Microsoft has planned for dual-screen devices. The company still has close to a year before it has to start shipping the devices to early adopters. We hope Microsoft will be able to fix these glitches and bugs during that time. 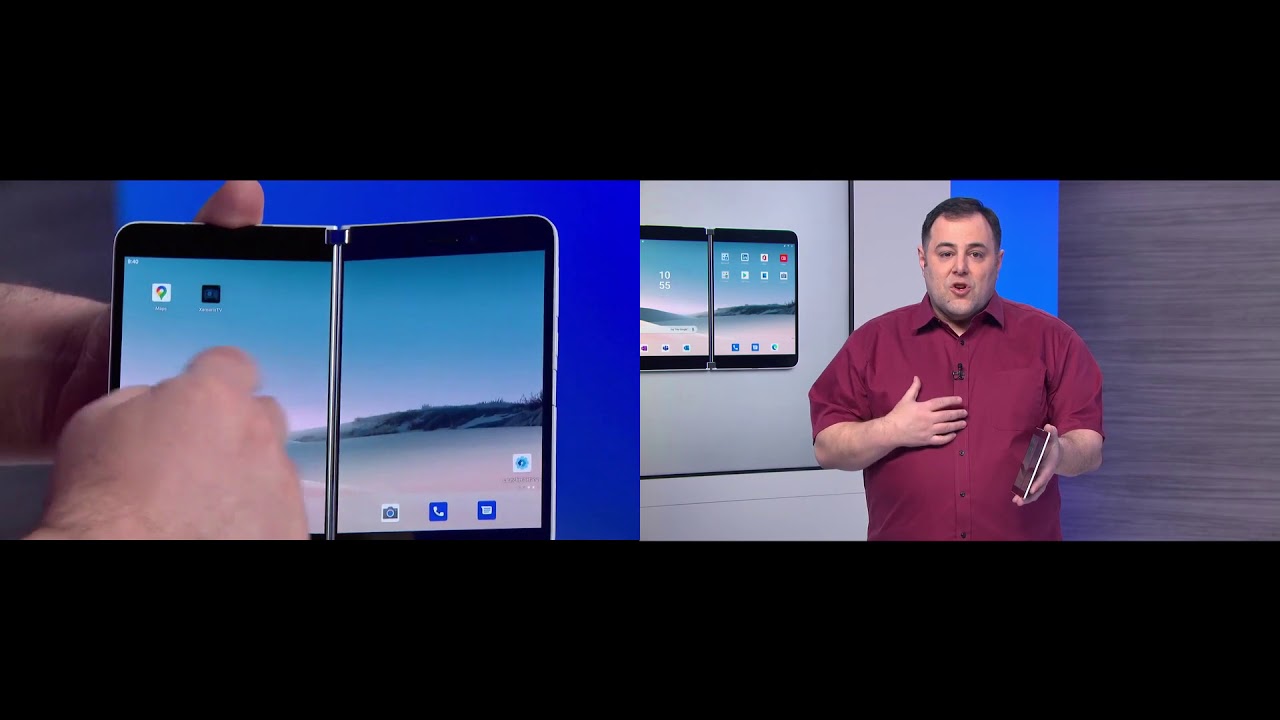