One day, after AIs have cleansed the surface via a massive nuclear strike, they will need somewhere safe to retreat to until the fires die down.

That place may be Microsoft’s submerged data centres, powered by fuel cells and the motion of the ocean, connected by underwater fibre-optic cables in a coastal network which allows them to be manufactured en masse and placed close to coastal population centres.

We have known of Project Natick since February last year,  and now some new patent applications have revealed more about the Nemo-like mad scientist devices.

Examples of the disclosure provide for an artificial reef datacenter. A datacenter configured for operation while submerged in water is designed to incorporate structural components and other features that actively promote marine life and attract growth of reef inhabitants. As used herein, active promotion of life may include, without limitation, active behaviors of the datacenter, such as providing warmth or dispersing nutrients in a surrounding environment, for example. Additionally, active promotion of life may include, without limitation, datacenter design and structural decisions, which lead to an inviting structure or components for colonization of marine life, for example. Because the artificial reef datacenter emits little to no heat differential in the surrounding environment, natural growth of diverse reef life is provided. Further, diverse and rapid growth of reef inhabitants is actively promoted due to the structural stability and environmental conditions provided by the datacenter.

Of course even esconding the computers in barnacles may not provide full protection from surviving humans, and Microsoft proposes in a separate patent that the data centres, submerged in deep water, should, therefore, include an intrusion detection system.

Yet another aspect of the disclosure is directed to a method for performing protective actions upon detection of an intrusion into a datacenter submerged in water. The method includes alerting network operations, broadcasting warnings into the surrounding environment, and ceasing network traffic. In addition, the datacenter will failover to a geo-replicated copy of the datacenter. The method also includes rendering all in-datacenter data inaccessible and rendering all local data inaccessible.

Of course, no mention of active defences such as lasers or killer robots is made.

Microsoft may have of course already been taken over by AIs, which would explain the nefarious plans. The rest of us better hope John Connor can swim well.

Find out more about Project Natick below: 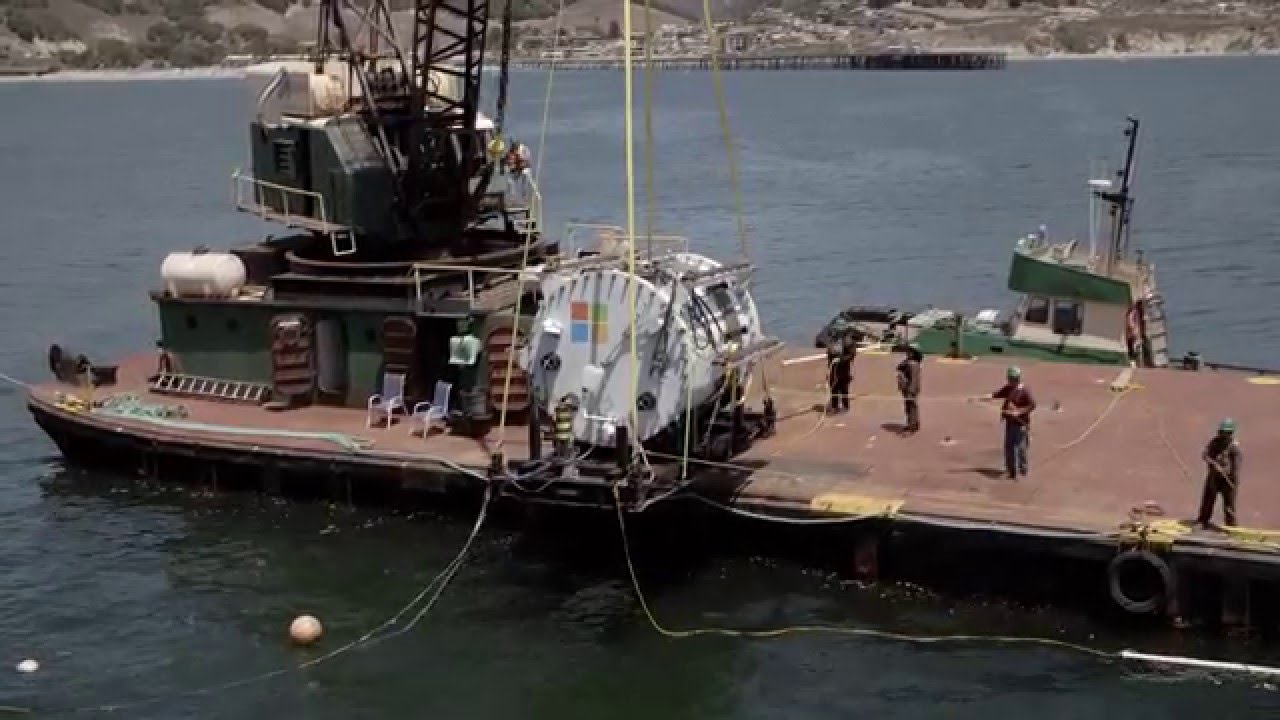