We have heard that Microsoft plans to offer RSS integration in Edge, but there did not seem to be much call to revive the legacy technology. It appears Microsoft has however managed to find a cool use case for the feature, by using it to follow creators on YouTube.

In the latest Edge Canary, users will be offered the ability to follow creators when they visit their channel via a button in the address bar.

If you select it you will see the following pop-up.

The posts when then show up under Creators in your Collections tab. 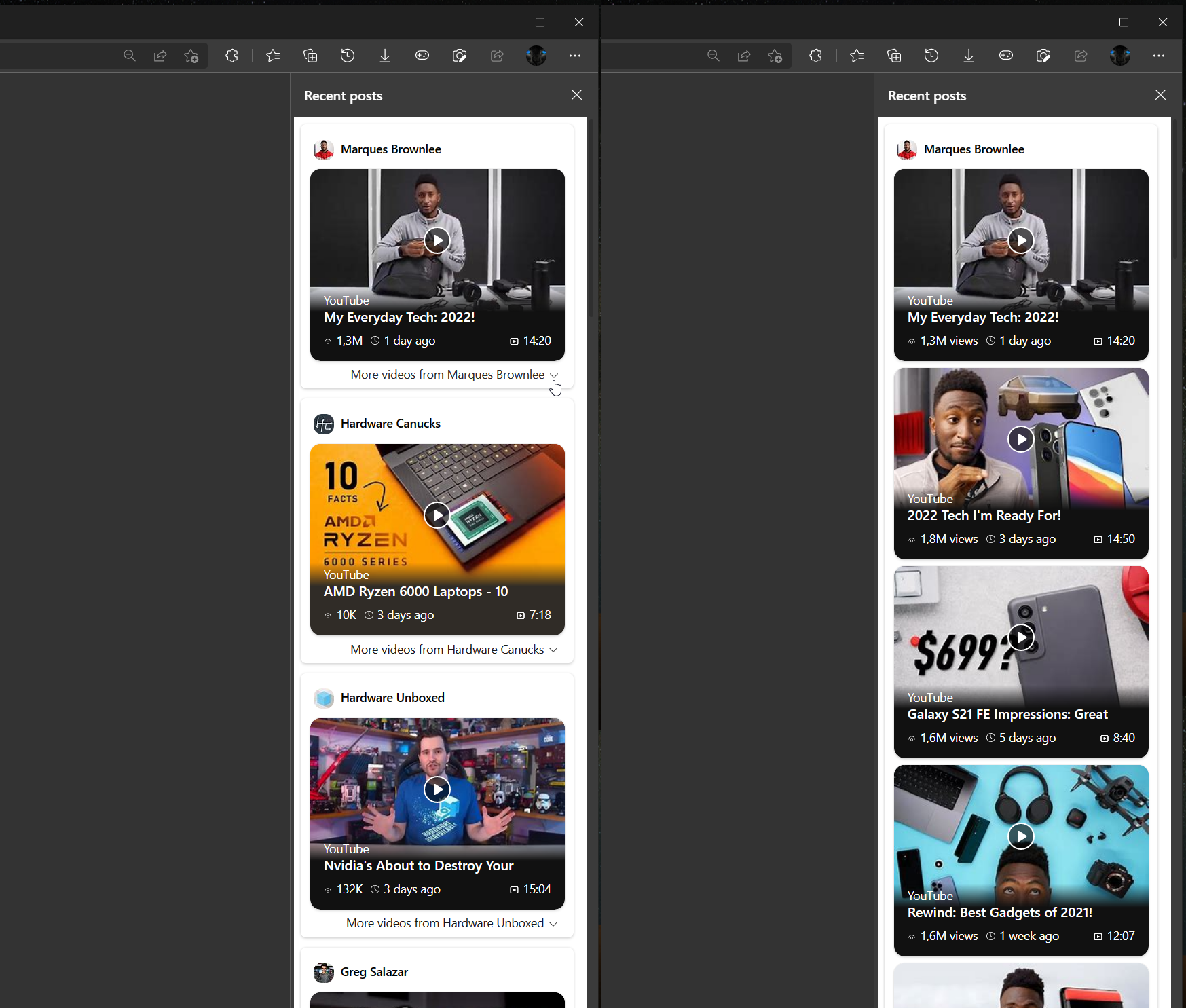 While the feature uses RSS, which is a global standard, it appears to be only available on YouTube, which is likely a very wise move from Microsoft, since it will stop users from being overwhelmed, but still offer the ability to get a feed from users without accessing traditional social media.

As mentioned earlier, the feature is currently available in Edge Canary, though it appears not to be available to all users at present.