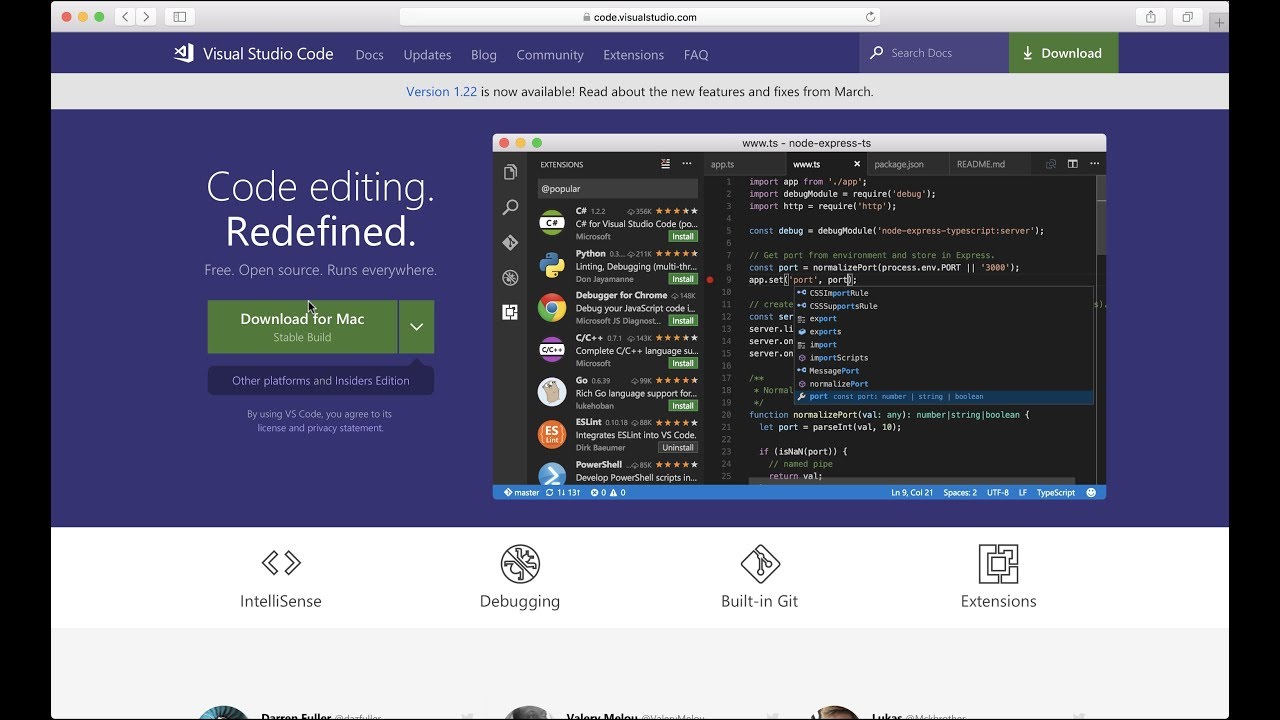 As this snap can run universally across over 40 Linux distribution variants, Visual Studio Code team can focus on delivering new features instead of spending effort on packaging the app for different Linux variants.

“The automatic update functionality of snaps is a major benefit. It is clear there is a thriving community around snaps and that it is moving forward at great pace. The backing of Canonical ensures our confidence in its ongoing development and long-term future,” said João Moreno, Software Development Engineer, Microsoft Visual Studio Code.

“Visual Studio Code is hugely popular, and it’s fantastic that we’re able to help it extend its reach into the Linux ecosystem,” commented Evan Dandrea, Engineering Manager, Canonical. “Developers are the lifeblood of snaps and it is great to see this recognition from Microsoft as they join a host of others who can now provide their users with the latest updates seamlessly, and with assurance of rollbacks and containment.”

The snap for Visual Studio Code can be downloaded here.