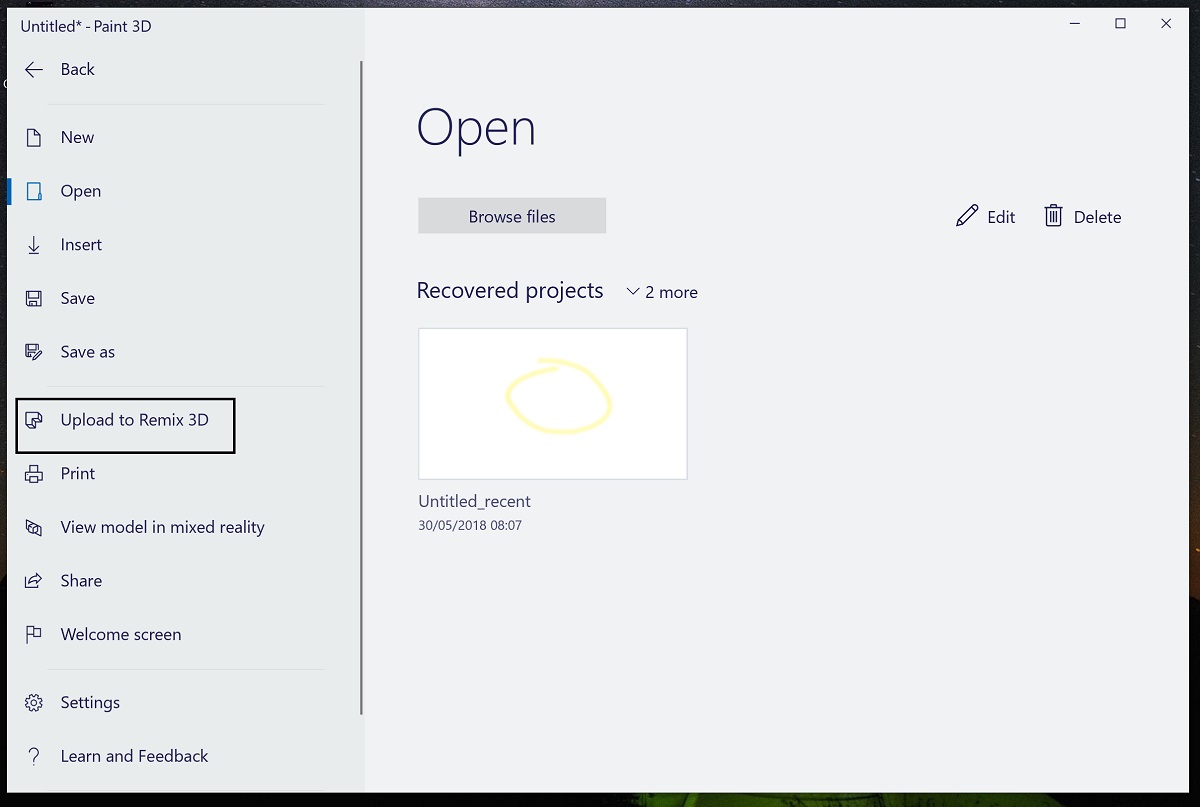 Microsoft is pushing out a new update to the Paint 3D app to regular Windows 10 users on the April update, and it appears to remove integration with Microsoft’s Remix 3D service.

The Remix 3D service allows users to easily get up and running by downloading 3D objects from the service and also to share their finished creations with others.

The latest version of the app, version 5.1808.8017.0, removes the Upload to Remix 3D menu option in the Save dialogue and attempting to download items from the 3D Objects menu results in a “There is a problem, please try again later” or  “It seems that this page does not exist” error.  The changes were noted by HTNovo.net and notable the issues do not appear to be present in the earlier version of the app.

It is not clear what the reasons for the changes are or if they reflect Microsoft’s plans going forward.

The Paint 3D app comes pre-installed or can be downloaded from the Store here.