Now the company has announced new changes to the Microsoft Teams Rooms meeting layout, designed to enhance hybrid meetings and provide in-room participants with greater context of what is happening across various aspects of the meeting.

With the new front row experience, remote attendees are seen in the room at eye level and additional meeting experiences including chat, and a rostered view of participants with raised hands, are brought to the front of room screen. 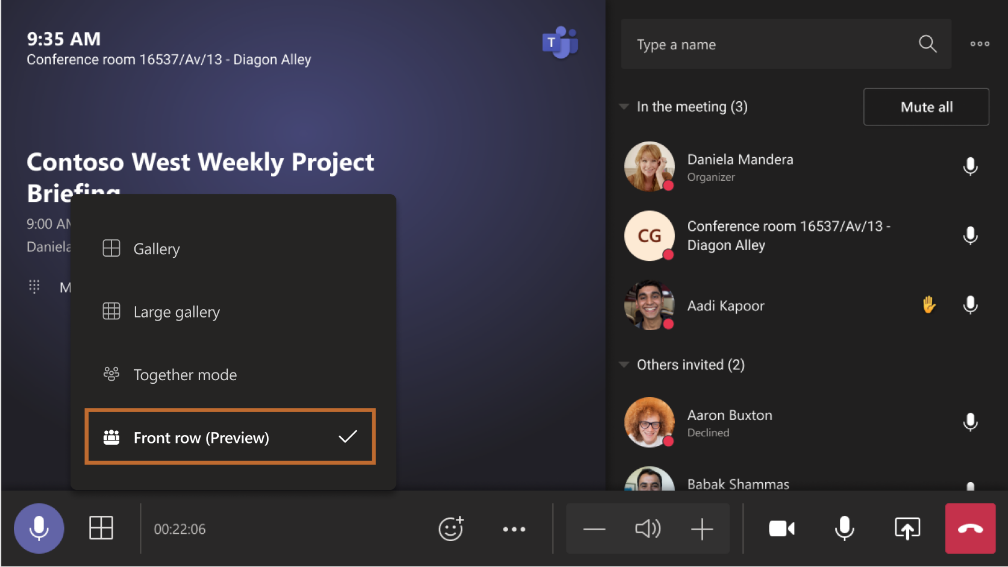 Front row brings meeting participants to the eye level for people in the room, and removes stacking people on top of each other to make it natural interaction. Microsoft has included a raised hand list (left panel) to promote inclusion. Meeting chat is also available (right panel) for room participants to be aware of what is happening in the meeting. In addition to this, meeting information is displayed at the top to show key meeting metadata. When content is present, it is shared in the centre. 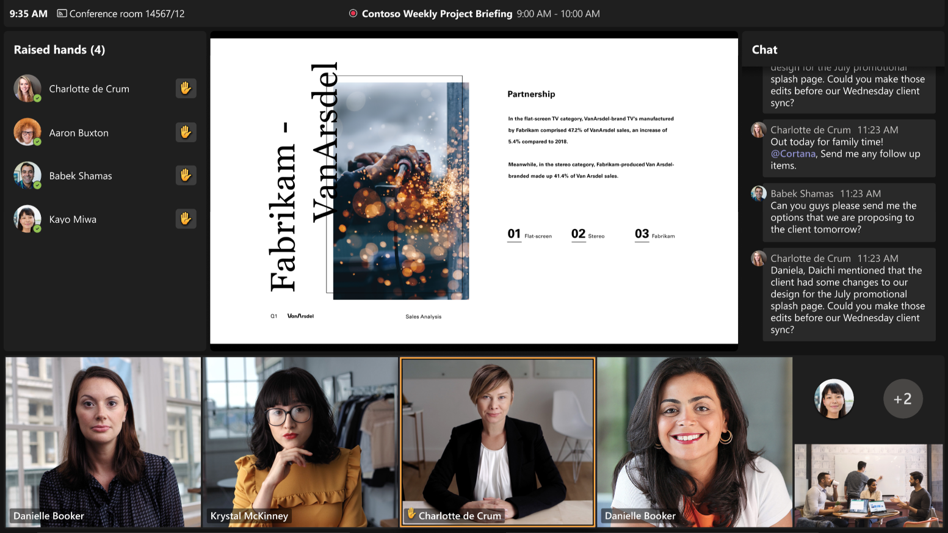 The layout is available across both single and dual Front of Room displays configurations. This allows you to use this layout for all room sizes with existing 16:9 displays. Since this layout shows more information for effective hybrid meetings, 21:9 aspect ratio and larger size displays can fit all components better.

IT admins can also set the front row as a default layout for a room. A default layout means a layout selected by default when starting a Teams meeting. Users will be able to switch to other layouts using the layout chooser during a meeting. IT Admins also have the ability to turn off the front row if there is a need. These settings will be available from both Teams admin centers and XML configuration. When the feature is released, related setting documentation will be published together.

The layout is currently labeled as ‘Preview’ on the layout chooser and the Front of Room display’s right top corner as Microsoft expected to add more features, such as video segmentation, spatial audio, and other UI improvements in the future. The following limitation will be addressed in the post release.

Front row will be available for all Teams Rooms on Windows and across all display sizes starting late January 2022 and rollout is expected to be completed by late February.