With the Windows 10 Anniversary Update, Microsoft released a brand-new Sticky Notes app. The new Sticky Notes app was a lot like the old one, but it includes a pretty neat feature which brought Cortana and Bing integration to your sticky notes. The feature, which Microsoft simply calls “Insights” essentially allows Cortana and Bing to intelligently detect the key information in your notes and be able to provide help based on that. For instance, if you note down a flight number in Sticky Notes, Bing will be able to provide more details about the flight right in Sticky Notes.

As I noted in my review of the Windows 10 Anniversary Update, the Insights feature doesn’t work if you live outside of the United States. Thankfully though, Microsoft is finally bringing this feature to users outside of the United States, starting with Windows Insiders. If you are a Windows Insider in the Fast Ring, you’ll be able to get the latest update for Sticky Notes from the Windows Store which brings some of the intelligent features based on where you live.

For example, Microsoft is bringing the Flight Detection feature in Sticky Notes to users in the United Kingdom, India, Germany, and some other countries. The company is also bringing Stock Recognition to users in Canada, Australia, India, and more. Here’s a full breakdown:

Keep in mind that these features are only available to Windows Insiders for now, but Microsoft will likely roll these out to other users pretty soon. If you happen to be a Windows Insider in the Fast Ring, you can get the latest update for Sticky Notes from the Windows Store right now. 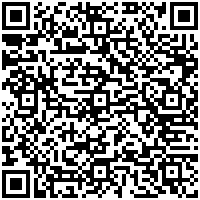