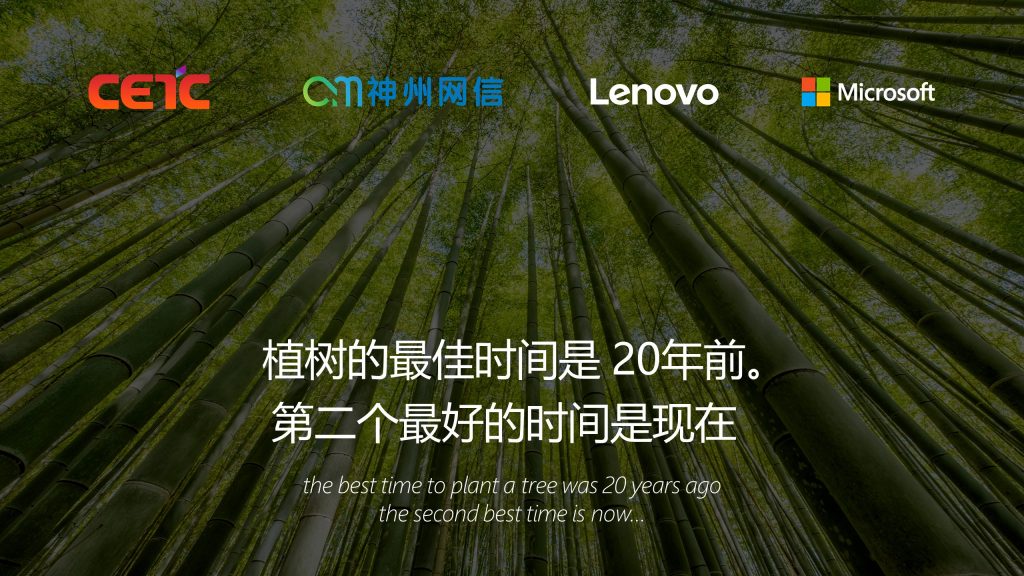 At the press event in China today, Microsoft announced the Windows 10 China Government Edition, which was developed in partnership with CETC. Microsoft partnered with CETC to form a joint venture called CMIT which developed this special edition of Windows 10 for the Chinese government and state-owned entities. Microsoft highlighted that China Customs, City of Shanghai (EITC), and the state-owned enterprise with Westone Information Technology are already piloting this new edition of Windows 10.

It is important to note that this is just a customised version of Windows 10 Enterprise. The China Government Edition uses the existing Windows 10’s manageability features to remove features that are not needed by Chinese government employees like OneDrive, to manage all telemetry and updates, and to enable the government to use its own encryption algorithms within its computer systems.

Microsoft also announced that Lenovo will be one of the first OEM partners to preinstall Windows 10 China Government Edition on new devices.