Microsoft just announced the general availability of PowerShell 7.1, the latest major update to PowerShell 7. The update includes several fixes and improvements over version 7.

For PowerShell 7.1, we decided to build on the foundation established in PowerShell 7.0 with a strong focus on community issues, especially where we could make additive changes and quality-of-life improvements without introducing instability or breaking changes. As a platform with over 115 million sessions per month, we’re absolutely committed to ensuring that PowerShell remains a stable and performant platform, even after significant version upgrades like 7.1.

PowerShell 7 is supported on the following operating systems.

You can download the latest version of PowerShell from GitHub, or you can also download and install it from the Microsoft Store. 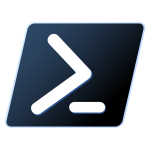