Android 10 has a Desktop Mode, but it’s not in the list of official features as it’s still in the experimental phase and enabling it requires some tinkering in the Setting which is a lot of work especially if you’re not that tech-savvy. Fortunately, there are a few major players who developed their own Desktop Mode and more importantly, it’s available and works as you’d expect it to work. Samsung DeX is one such solution that creates a Desktop-like environment when you connect a supported Galaxy smartphone to a monitor. Now, Joining Samsung is another South Korean company LG.

LG’s latest UX 9.0 update, which is based on Android 10, has a desktop interface and works exactly like the way Samsung DeX works. In order to make it work, plug your LG smartphone to a monitor and once you plug in your device, a notification that says “tap to switch to desktop mode” will appear. You need to tap on it and then you’ll see all your Android apps and games on your monitor to which your phone is connected. Fairly simple! 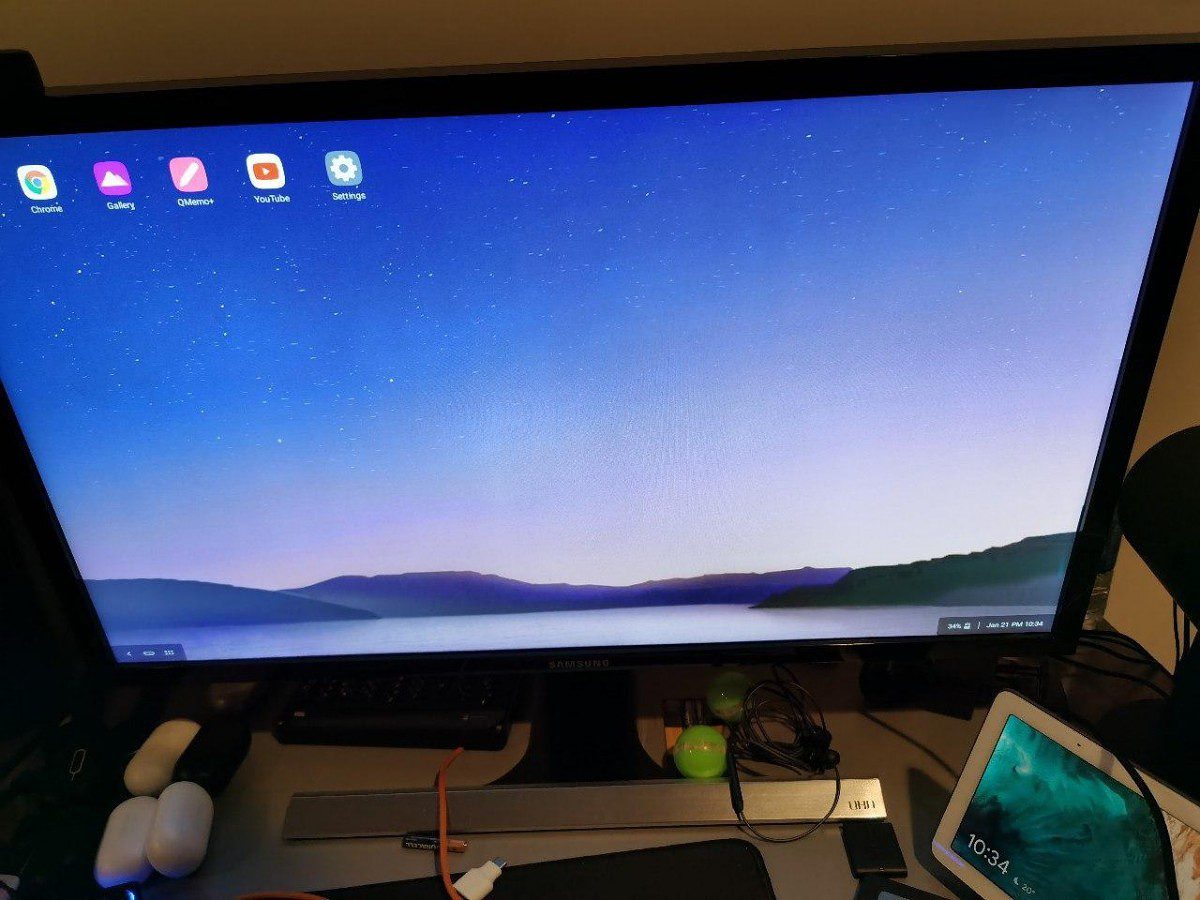 So if you’re one of those who enjoy Android apps and games on a larger screen and have an LG smartphone, you can now do so provided you’ve LG’s latest UX 9.0 update installed on your smartphone.