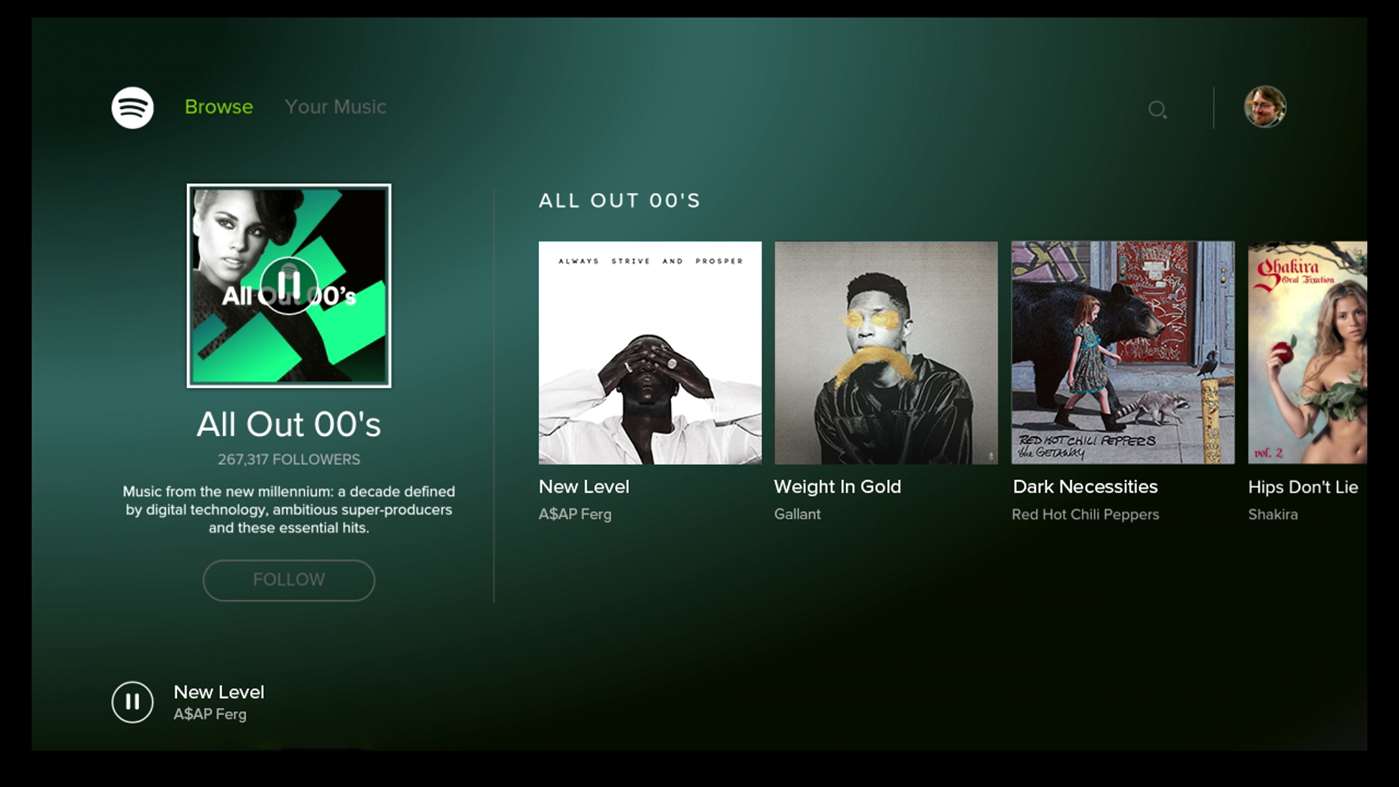 Update: Here’s the listing for Spotify on Xbox One at the Microsoft Store.

Xbox One owners, rejoice! We have official confirmation regarding Spotify now. On This Week on Xbox, Larry Hryb, better known as Major Nelson, showed off “Spotify Music – for Xbox” when he opened the Guide during a tutorial on how to change your Xbox One background. If you watch the left bottom corner of the video a couple of minutes in, you can clearly see the application running in the background. Apart from that, Major Nelson has good taste. He’s listening to Fable’s phenomenal soundtrack. The music brings back such good memories. We’ve taken a screenshot from the video for your convenience because let’s be honest, no one wants to sit through that just for a second.

There you have it folks, Spotify is definitely coming to Xbox One. There’s no doubt about it now. It took 2 years but we finally get to enjoy the best music service out there in my opinion. PlayStation owners aren’t delighted because they thought it would remain exclusive forever. The hate Spotify is getting right now from the PlayStation community is truly bizarre to say the least.

I imagine the announcement for Spotify will be made during Gamescom 2017. However, given the fact that it leaked, we might get one as early as next week. We’ll update you as soon as we know more. We’ve reached out to Microsoft for an official statement as well and will update you if we receive a response.