Kodi today released its new app for Windows 10 PCs on the Windows Store. In a blog post, Kodi’s CFO, Martijn Kaijser stated that the company is using Centennial (aka Desktop App Converter) to bring its classic Win32 app to the Windows Store. Martihn stated:

With the coming of Windows 10 Anniversary update Microsoft announced it’s Desktop Bridge (Project Centennial) feature which would allow regular desktop applications to be converted to UWP app without any real code changes. With this you would gain access to Windows Store to provide easy distribution and several other bonussen like UWP APIs access. We as Team Kodi looked at this with some disbelief and never thought it would work for Kodi due to the complexity and hardware usage for audio and video playback. It was not long after their announcement a Microsoft representative contacted us asking us to be part of the Windows Store using this Desktop App Converter as they successfully converted Kodi into a UWP app. We were quite shocked that it was that easy and of course gladly accepted this cooperation to get this done.

You can get the Kodi app for Windows 10 from the link below. 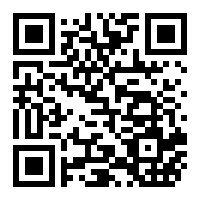