At Adobe MAX today, HP will reveal the world’s most powerful and first detachable workstation targeting artists and designers. This device is built specifically for professionals who use Adobe Creative Cloud and other creative applications most of the time. The new HP ZBook x2 is the most powerful device in HP’s detachable PC lineup which has HP Spectre x2 and the HP Elite x2. The main competitor to HP ZBook x2 would be Microsoft’s Surface Pro which is also targeted towards professionals.

The HP ZBook x2 is made of a fully-machined, aluminum and die-cast magnesium body starting at just 3.64 pounds and 14.6 mm thin when in tablet mode, and 4.78 pounds and 20.3 mm in laptop mode. The HP ZBook x2 features a 14-inch diagonal, 4K multi-touch display with an optional 10-bit, one-billion color HP DreamColor display calibrated to 100 percent of Adobe RGB. It also includes an anti-glare touchscreen allowing users to work in any lighting condition.

The HP ZBook x2 comes with quad-core Intel Core processors with up to 4.2 GHz of Intel Turbo Boost, twice the memory of any other detachable PC (32GB RAM), up to 2 TB of local PCIe storage and NVIDIA Quadro Graphics. HP highlighted that ZBook x2 will offer 73 percent higher graphics performance compared to the Surface Pro. Since it packs lot of power insider it, there’s a dual-fan active cooling system that is designed to dissipate heat from the internals. To make the life easier for creative community, HP has developed customizable, application-aware HP Quick Keys, which will offer artists with 18 time-saving shortcuts.

The HP ZBook x2 can power dual 4K displays from the HP ZBook Dock with Thunderbolt 3. HP claims that ZBook x2 can offer up to 10 hours of battery life and the fast charging technology in it will allow users to charge their device to 50% in just 30 minutes. It features 2 Thunderbolt 3 ports, one USB 3.0 (charging) port, one HDMI 1.4 port and SD card slot. Also, it is designed to pass MIL-STD 810G testing.

ZBook x2 will support HP’s active pen which is based on Wacom’s EMR technology and the pen need not be charged at all. HP Active Pen will offer 4,096 levels of pressure sensitivity with multi-directional tilt capabilities and comes with a dedicated eraser. To support the needs of enterprise customers, the HP ZBook x2 comes with HP Sure Start Gen3 for BIOS protection, TPM 2.0 for hardware-based encryption to secure credentials, secure authentication methods through the Smart Card Reader and HP’s Client Security Suite Gen3 to protect data, device and identity, including facial recognition and fingerprint reader. 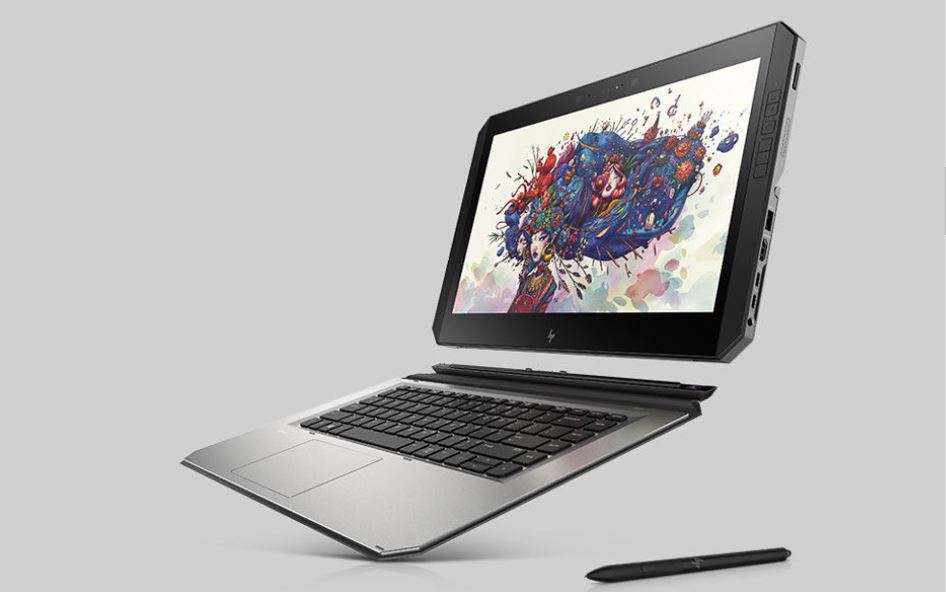 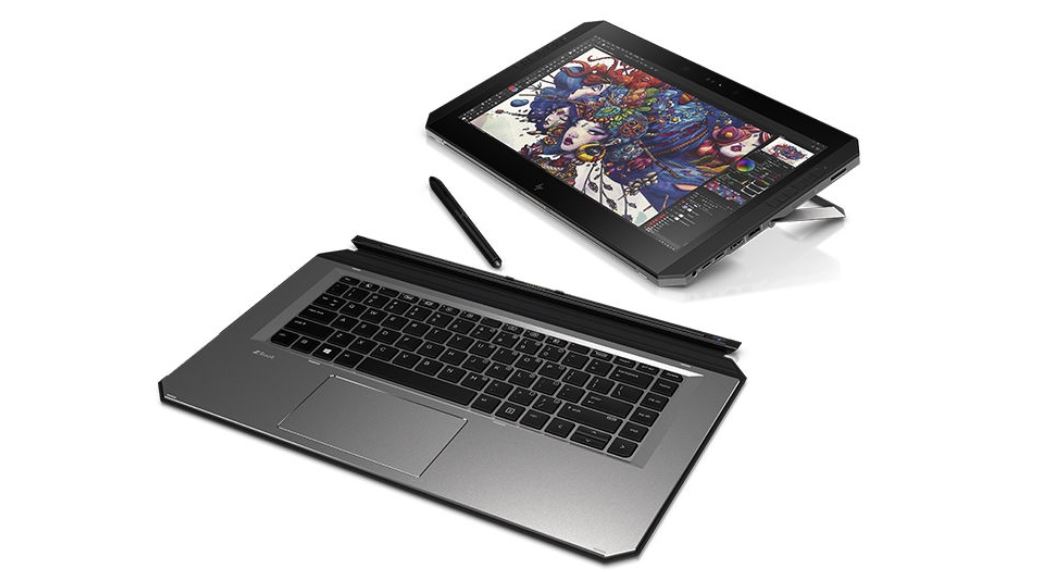 Here’s how the ZBook x2 compares to Microsoft Surface Pro and the new Surface Book.

HP ZBook x2 will be available in December starting at $1,749.