The Samsung Galaxy A80 has the same camera for the front and the back as the slider mechanism will also allow the camera to rotate depending on user need.  As the camera is located in a slider, there’s no need for a notch or screen hole on this display.

The camera itself is a triple sensor affair with a main 48-megapixel lens, an 8-megapixel sensor so you can capture more of the scenery and a ToF sensor.

Safwan AhmedMia aka SuperSaf has been one of the first to post a comprehensive hands-on video with the handset which gives us a pretty good look at how well this interesting new camera works, and also how great the gorgeous full-bleed screen looks. 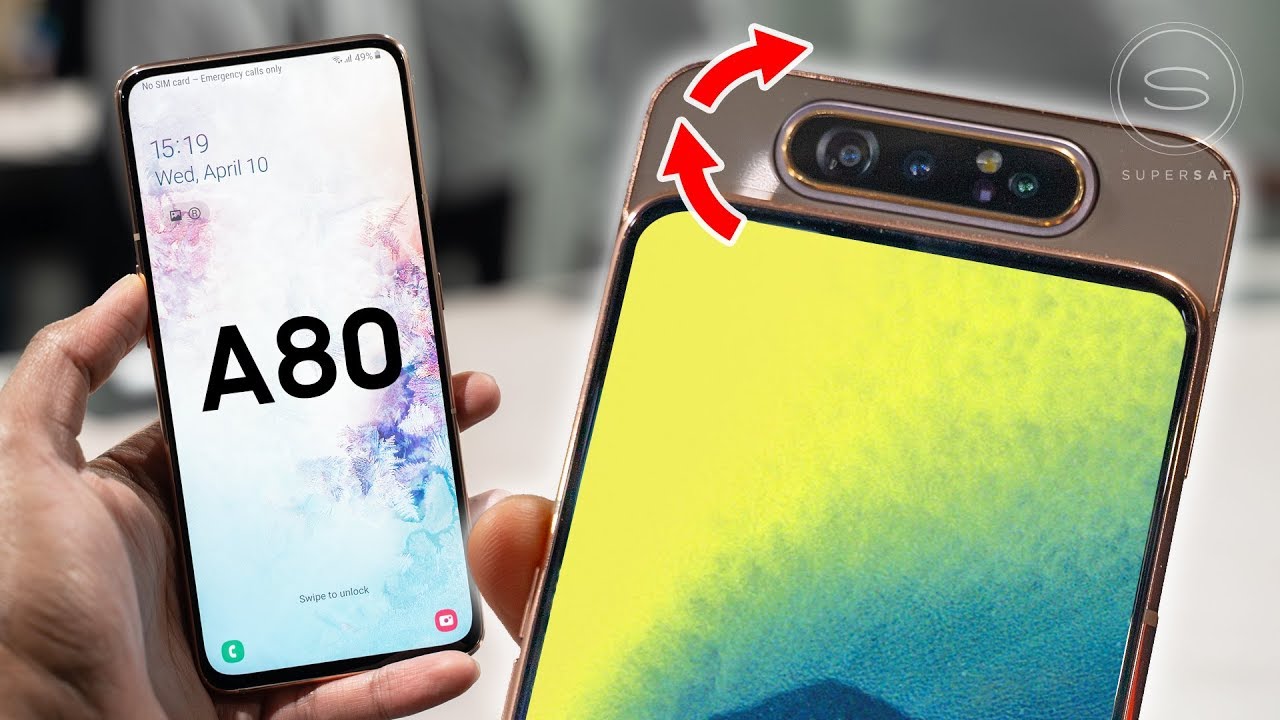 The Samsung Galaxy A80 features a 6.7-inch FHD+ SuperAmoled display,  a 3700mAh battery, and AI all over the phone. Samsung’s OneUi and Android Pie will power this device, so you get the best of both Samsung and Google.

Samsung plans to launch the Galaxy A80 this Spring on the 29th of May. There’s no pricing announced but one can infer it’ll fall just below the Galaxy S10e at maximum.