At The Game Awards, 343 Industries today revealed that early access to Halo Wars: Definitive Edition will be available to anyone who preorders the digital version of Halo Wars 2 Ultimate Edition on Xbox One and Windows 10 PC on Dec. 20.

Halo Wars tells the tale of the UNSC Spirit of Fire and its intrepid crew as they battle against the Covenant on the planet Harvest, set over two decades before the events of Halo: Combat Evolved. Released back in 2009, Halo Wars was widely considered to be the one of the best console RTS games available and with Halo Wars: Definitive Edition, old fans and new can now experience the game remastered with all of its DLC, including those beautiful Blur cinematics.

Microsoft also released a brand new cinematic trailer showcasing Atriox, leader of the Banished from Halo Wars 2. Check it out below. 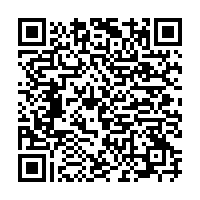