In a recent study, it’s found that 93 million selfies are posted on social media per day and 10 selfies are posted to Instagram every 10 seconds. The data is enough to push smartphone manufacturers to come up with quality selfie cameras to stay ahead in the game. However, today’s quality smartphone selfie cameras have a downside called face distortion, which you can’t solve by adding more pixel to it. Enter Google.

Given a portrait as an input, we formulate an optimization problem to create a content-aware warping mesh which locally adapts to the stereographic projection on facial regions, and seamlessly evolves to the perspective projection over the background. Our new energy function performs effectively and reliably for a large group of subjects in the photo. The proposed algorithm is fully automatic and operates at an interactive rate on the mobile platform. We demonstrate promising results on a wide range of FOVs from 70° to 120°.

It’d be interesting to see as to when smartphone manufacturers implement this new algorithm. Nevertheless, since Google is the key player in developing it, I am guessing Google will first bring it to their Pixel smartphones. 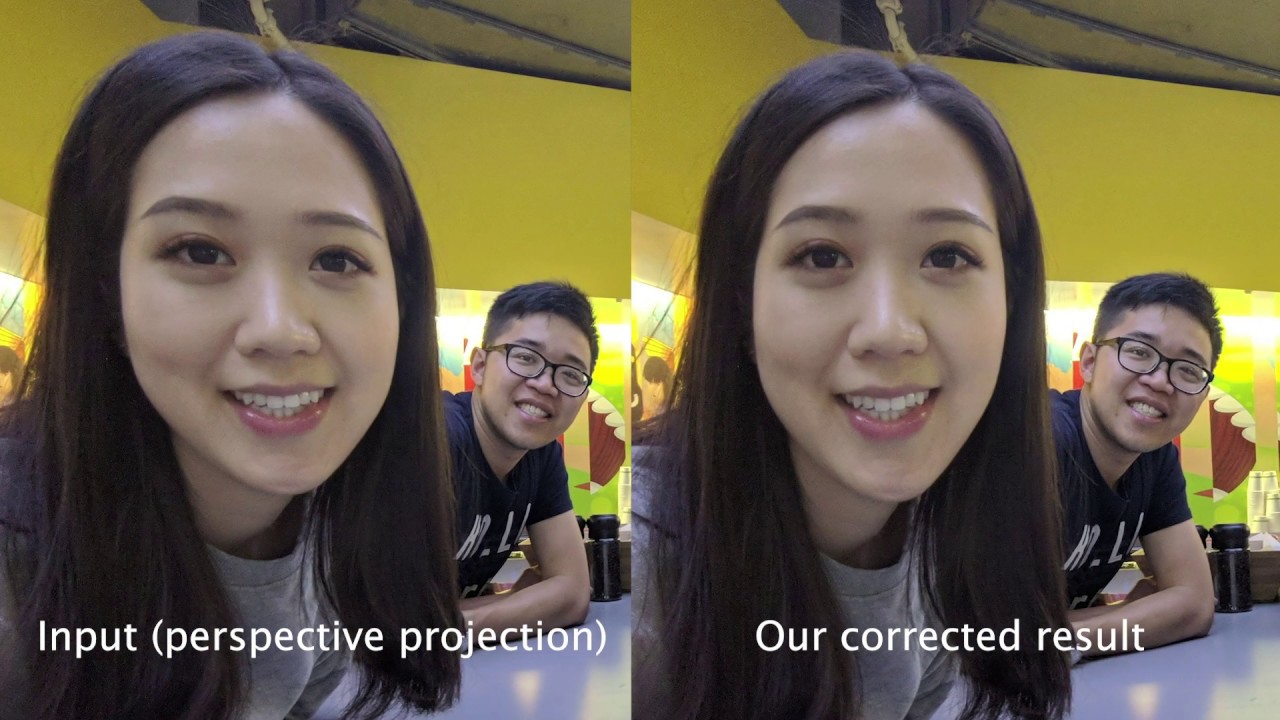