When Microsoft decided to go with Chromium for the new Edge browser, it meant better support for Google services. The new Edge browser had a pretty good start and has caught up with all the major features available in other browsers. However, Chromium-based Edge still doesn’t support Google Meet.

For those who don’t know, Meet is a video conferencing app, just like Hangouts or Skype. The app works by sending meeting codes or invites to the users so they can join a call. It is primarily meant for organizations and it doesn’t work on Chromium-based Edge. At this moment, if you go to meet.google.com, you will be greeted with a message saying the browser is not supported. Google is recommending users to download Chrome or Firefox to use it. This is surprising considering the fact that Firefox doesn’t even use the Chromium framework. Luckily, there’s a way to make it work even if you’re using Edge and it involves switching the user-agent. We recently reported that Edge changes its user-agent according to websites and that happens automatically but you can trigger it manually as well. To do that, you will need to follow the steps below. 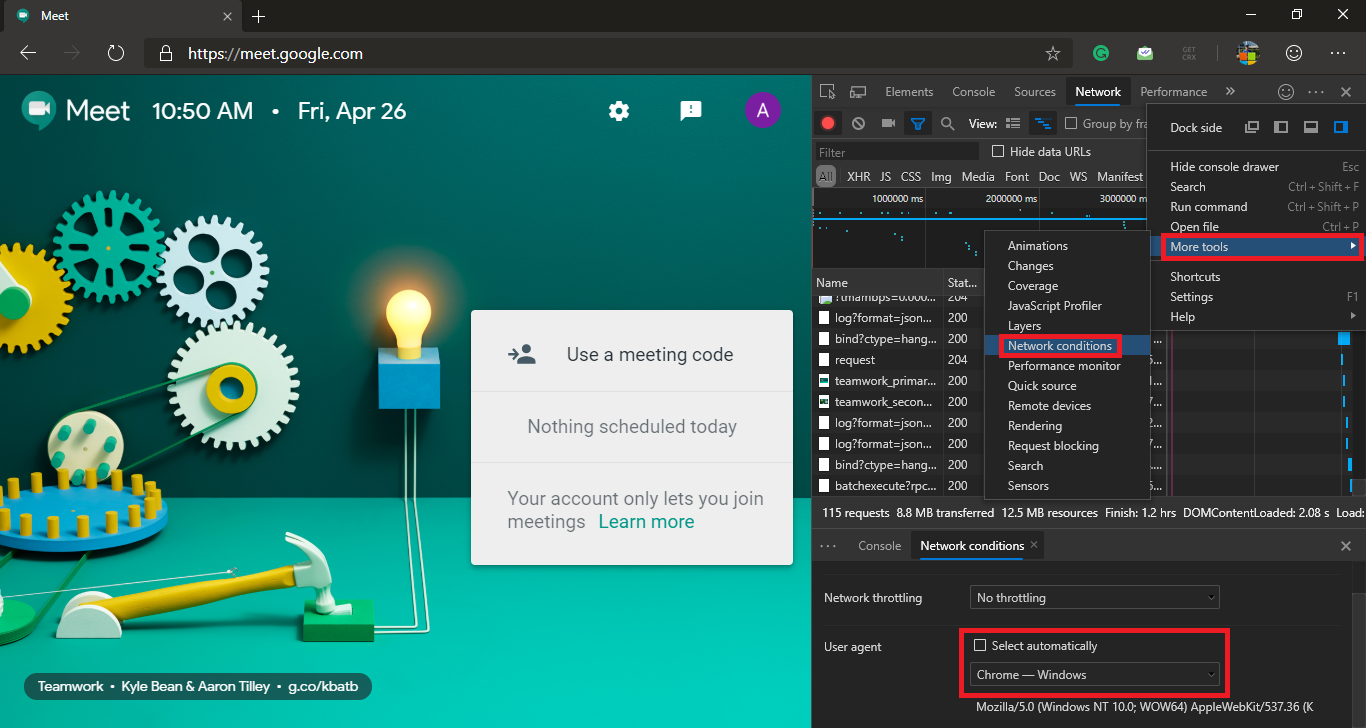 We couldn’t confirm if the steps above will allow users to join video calls but it should work since the website now works. At this moment, there’s no information on why Meet didn’t work on Edge since it’s based on Chromium. There’s a chance that it’s foul-play from Google or Microsoft changed something that broke the website on Chromium-based Edge. We tested it on different versions of Edge as well as on Edge Dev but got similar results. So, we can’t say with certainty what caused the issue but we hope it gets fixed soon. In the meantime, users can change the user-agent to access the website.