Gameloft’s new zombie-themed ARPG, Dead Rivals, is now rolling out in the Windows Store for Windows 10 devices. Gameloft actually announced the game a few months ago, and it launched on other platforms just recently. It seems like the game studio has finally started rolling it out to Windows 10 users and those on PCs and tablets can play it right now. The game isn’t available for phones, so Windows 10 Mobile users will certainly be disappointed as usual.

In terms of the actual game, Dead Rivals is apparently the first ever “zombie-themed ARPG for Windows.” The game lets you explore an open world, build your arsenal, customize your personalized hero, and even take part in PvP fights. Here’s the extended description for the game:

Fast-paced action meets classic MMORPG adventures in the first zombie-themed ARPG for Windows! Explore a vast open world, customise your hero, build your arsenal and rule the PvP battlefields! Fight for survival and explore a vast post-apocalyptic open world in the first zombie action RPG for mobile! Journey into the wastelands and discover the cause of the zombie outbreak as you band together or form rivalries with thousands of other players! Pick your class, customize your character, build your shelter, raid your rivals, craft an arsenal of weapons, develop your skills, and crush your opponents in highly competitive PvP battles! If you love shooting up zombies and are tired of tiny maps and repetitive gameplay, Dead Rivals will blow you away!

Dead Rivals may only be available for PCs on the Windows platform, but don’t expect any high-quality graphics. At the end of the day, the game is built for Android and iOS phones, which means the game won’t offer graphics specifically made for the big screen.

Nevertheless, if you are a fan of PC games like this, you can grab it from the Windows Store below. 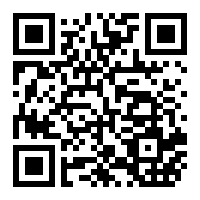