The Old Boot Fort in Sea of Thieves has been overrun by dark forces, turning it into the sensationally spooky Fort of the Damned!

Players must team up with other seafaring pirates and even the Ferryman himself in order to obtain Ritual Skulls and six coloured lights of the Flames of Fate. With these items, players can face down and defeat the strange new threat: the Shadows of Fate.

The Fort of the Damned is guarded by the terrifying Shadow of Fate skeletons who, being magical skeletons, are naturally immune to everything aside from the special flames found on the Ferry of the Damned.

If you find yourself low on Ritual Skulls to sacrifice in the Fort, you can acquire Voyages from Duke that’ll lead to guaranteed Skull stashes. 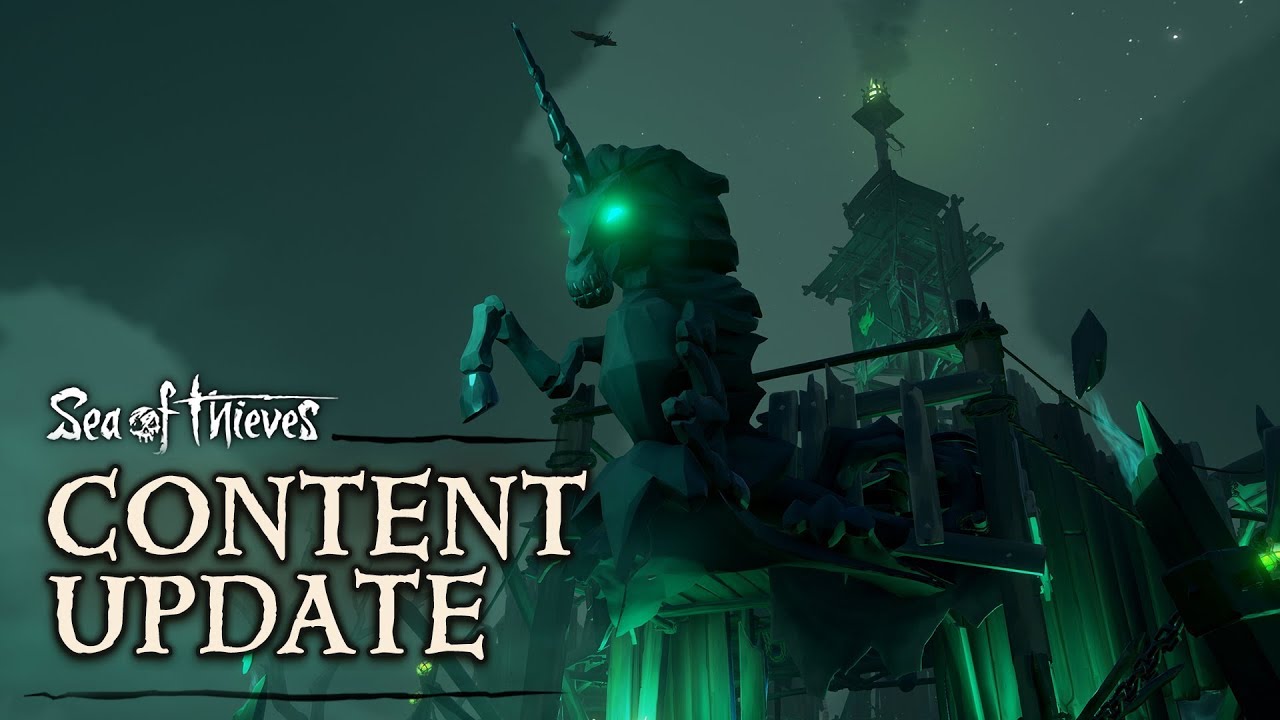 The skeleton pets consist of the Skeleton Cockatoo and Skeleton Marmoset, who are guaranteed to be your best friend in this life and the next. Both pets are limited edition and will no longer be up for purchase once the November update is released, so adopt them soon!

A two-person Sloop crew can now tackle the Arena, meaning you and your friend can team up to, well, attack others in a controlled setting. Hooray! The Arena has also received six new contest locations.

Some of the brand new cosmetics include the Ferryman of the Damned rewards set and new stock in Duke’s Black Market. The latter includes time-limited cosmetics from the Wailing Barnacle, Fearless Bone Crusher, Redcoat Executive Admiral, Wild Rose, and Deep Ocean Crawler sets.

Finally, players may be pleased to learn that the Fort of the Damned is a permanent addition to Sea of Thieves. While some of the loot and cosmetics that come with the update are time-limited, the Fort itself will remain after the update is over, meaning players can go back and rattle some bones any time they please.

The Fort of the Damned update is completely free and live now for all players on Xbox and PC. Happy cruising!

For more information on Fort of the Damned, including more in-depth information on what comes with the update, you can check out the official website here and the release notes here.