Evernote has released its new Windows 10 app on the Windows Store today. The new app brings a full-fledged experience to Windows 10 PCs, as it is using Microsoft’s Desktop App Converter. The Desktop App Converter essentially allows developers to bring their Win32 apps to the Windows Store. This allows developers to seamlessly update their apps, as well as the ability to use some of Windows 10’s newest features. For example, developers can integrate some Universal Windows Platform features into their Win32 apps — including things like Live Tiles, Action Centre, and much more.

Needless to say, the company’s new Windows 10 app has all the features you’ll find on the Win32 app. You can create notebooks, import notebooks, and there’s also a full-fledged editing experience in the app. In addition to this, the app also supports all the different pricing plans on Evernote — if you use Evernote Plus or Premium, you’ll still get all the extra features which you are paying for. Unfortunately though, Evernote’s new app doesn’t seem to support Live Tiles yet which is a bit disappointing.

Here’s a video showing off the company’s desktop app:

Additionally, the new Evernote app also won’t work on Windows 10 Mobile devices and that’s because the Desktop App Converter only works on — well, desktops. It is worth mentioning that Evernote will be killing its Evernote Touch app on the Windows Store for Windows 10 users, but users on older versions of Windows will still be able to download Evernote Touch.

Evernote’s Windows 10 app is available for download from the link below: 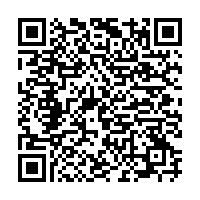