Mixed reality has great potential in medicine, where it can make the invisible visible.

Now a pair of neurosurgeons are investigating how Microsoft’s HoloLens can be used to make an emergency brain surgery procedure safer and easier.

The procedure relieves high pressure in the brain by draining fluid from the hidden fluid spaces in the brain and is usually done blind, with surgeons estimating the location of the spaces while poking a rather long catheter into your brain.

In Andrew Cutler and Shervin Rahimpour’s method, the 3D images gleaned from CT scans can be superimposed on the subject’s head using a Microsoft Hololens headset. The catheter needle itself is also tracked, so the operator gets real-time feedback as to the exact position of the tip of the needle in 3D space.

“Since we can manipulate a hologram without actually touching anything, we have access to everything we need without breaking a sterile field. In the end, this is actually an improvement over the current OR system because the image is directly overlaid on the patient, without having to look to computer screens for aid,” said Cutler in a Duke news release. 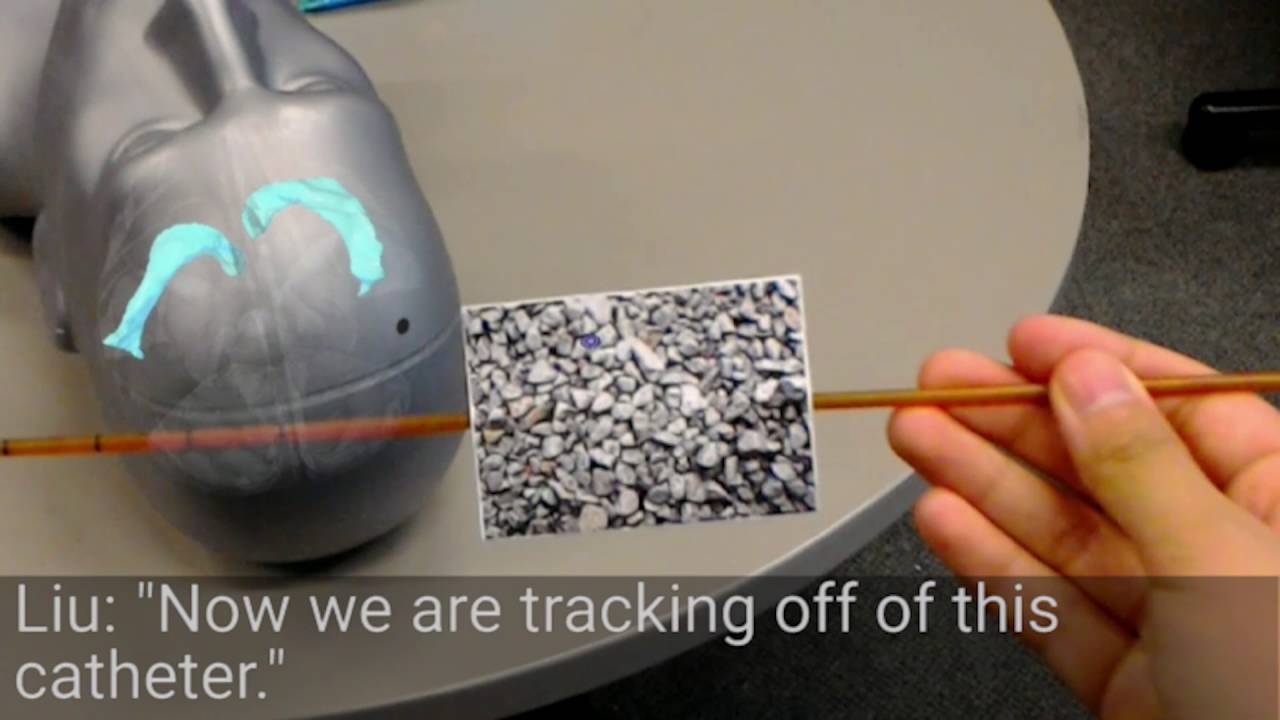 As can be seen in the video above, the procedure still needs a lot of work, but also shows a lot of potential.

Read more about the research in Duke’s press release here.