Interference – the drawing and describing game – has been updated, and we’ve added one of the most requested features: game invites. Interference Supporters can now invite other players to their games so that they can play with their friends. Don’t worry if you’re not a Supporter – you can still receive invites and join games with random players, just like always! There’s also a handful of other new features that players have asked for – like the ability to order a t-shirt with your favourite drawing on it – and we’ve got even more updates planned!

Not played Interference before? It’s simple: we start with a description, then let a chain of players take turns to draw and describe – but each player can only see the previous step in the game. It won’t take long for the original message to get lost in translation and turn into something completely different (and hilarious!). Are you ready for a breakdown in communication? Join the game that was shortlisted for Best Social/Casual Game, Most Original Game and Game of the Year at the 2016 TIGA Awards!

Interference is now available as a UWP app for Windows 10, including extra colours, a better drawing tool, replays of the best drawings, and more! There’s even a new set of awards for players to achieve and the community forums are bigger than ever. It’s a perfect app for Windows Ink – you can use your pen to draw your interpretation of the descriptions! No pen? No problem – you can draw with touch or a mouse too!

Available now on Windows 10 for desktop, tablet and mobile – play across multiple devices, or on the web at playinterference.com. 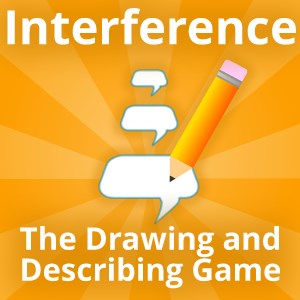