There is gathering momentum around calls for Microsoft to redesign the volume overlay in Windows 10.  Originally designed for Windows 8, the overlay has multiple issues, including a dated design, and no clear way to dismiss the pop-up when it overstays its welcome.

The volume pop-up was first introduced in Windows 8, and features the now abandoned Metro design language, and appears somewhat “frozen-in-time”.

Responding to calls for a better design, developer Niels Laute has posted a short video demonstrating his fluent design inspired concept of what the overlay should look like.

Since volume controls in #Windows are a thing nowadays ;).

Niels created the design using the freely available Windows community toolkit, and reports that it was only a couple of hours of work.

Critics note that while his design is very attractive, it doesn’t solve two of the original issues; that being that the volume pop-up is still too large, and still takes too long to disappear.  Fortunately, it does feature a prominent “x”, making it more intuitive to dismiss.

Niels also has an alternate concept, which brings the control down to the same region as the toast controls (ie. out of the way), and integrates it into the existing volume control pop-up.

Thanks for the feedback!

MobileShell Developer ADeltaX has a competing design, which appears that it may have the potential to be smaller and could look even better.

In a tweet, he notes it is made with 100% legal APIs and that the source code will soon be available on GitHub. 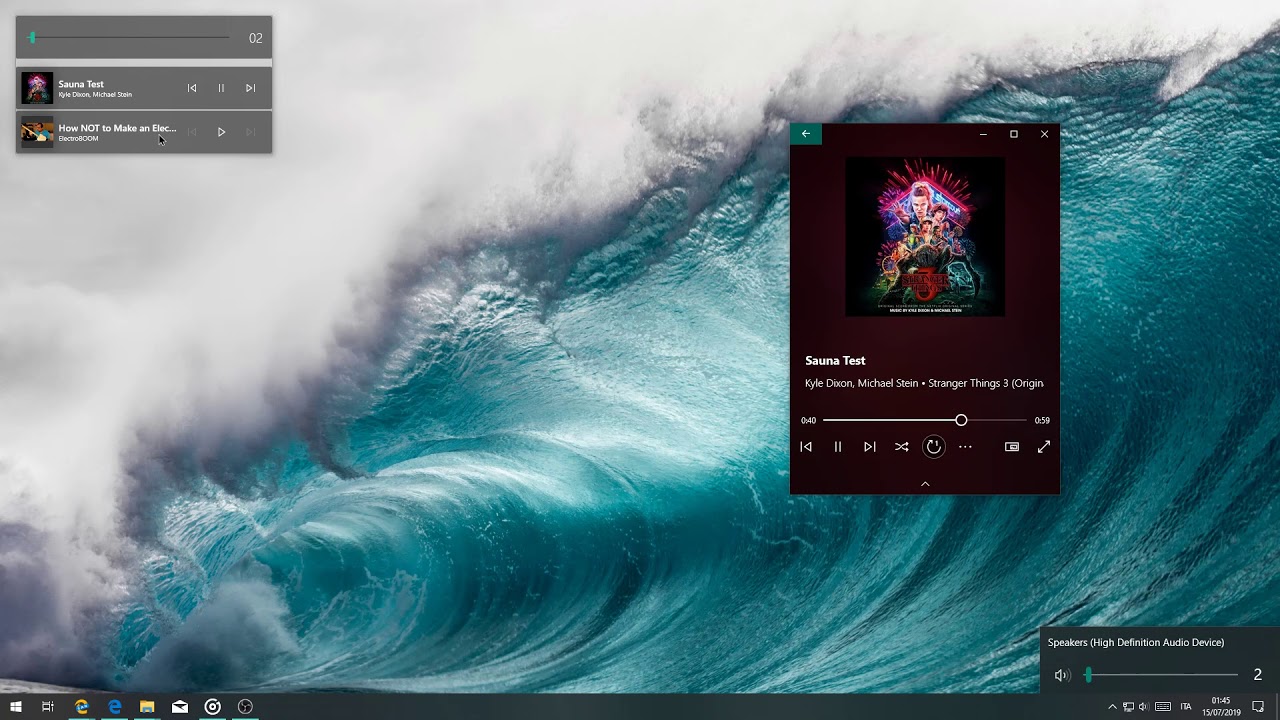 Rudy, however, has an even more radical solution to the problem.

Even more important, what's the only way to display the Media overlay? Press the physical volume button… So in order to use the touch Slider to change the volume, you first need to press.. the physical button doing exactly the same action.. ?

So here are my suggestions:
– The Media Overlay is redundant and should be removed. Instead, the *real* volume popup should be displayed when users press physical volume buttons.
– Media info+actions should be part of the *Action* Center, easily accessible and created for that.

Rudy suggests the controls should go to the Action Centre where they belong, and the volume pop-up should remain the non-intrusive sliver it usually is when no media is playing.

Let's not redesign the Media Overlay, instead let's remove it and display the real Volume Panel when users press Volume buttons and include Media infos+actions in the Action Center, with all other OS actions. pic.twitter.com/01CqwzSshd

While some say the volume overlay issue is not a real problem, it is notable that Rudy’s recent tweet complaining about it has received more than 500 likes, suggesting more than a few people regard this as an issue.

What do our readers think of the redesign?  Let us know in the comments.