During a special slot at Gamescom 2019, more exclusive Death Stranding footage was revealed, and it’s just as bizarre as ever.

The footage showed off the title character, Sam Bridges, waking up from what we can assume is only a delightful dream about Mads Mikkelsen. Sam then proceeds to take an incredibly long whizz.

You can control where Sam pees using the left and right trigger. Kojima says that you can also use your pee stream as a weapon. Weaponised golden showers.

Kojima also promises that if enough players all pee in the same in-world spot, “something good will happen.”

He didn’t elaborate on what exactly would happen if everyone decided to take a collective toilet break, but the gameplay trailer did show a mushroom growing as a result of Sam’s pee, so maybe you’ll be able to grow a massive shroom or something. Teamwork just warms my heart.

But that’s not all for bodily fluids! There’s also ghostly breastfeeding.

Margaret Qualley’s character, Mama, received a showcase spot during the trailer. Mama has apparently birthed some kind of ghost baby, who’s trapped on the “other side.”

This means that, as the ghostly umbilical cord is presumably still attached to the equally ghostly placenta which Mama apparently didn’t birth, Mama can’t move from the spot she’s standing in. While I like to think I have a pretty good grasp of how the uterus and womb and general baby stuff works, this one’s beyond me.

Guillermo Del Toro’s character, Dead Man, also received more of a focus. Dead Man explains to Sam that all the gooey babies in containment vats are known as “bridge babies” or “BBs” which are taken from “still mothers.”

Assuming that “still mothers” are either those who died in childbirth or ghosts or some other third thing, the vats are meant to simulate a womb environment for reasons which are most likely nefarious or ominous.

Dead Man tells Sam that these BBs are essentially a bridge to the “world of the dead” but the babies have been out of commission for a while now. That post-baby economy hit hard.

Last, but not least, Geoff Keighley is confirmed to be in Death Stranding. Some of you may know Geoff Keighley as the head of the Game Awards, some may know him as one of Kojima’s best friends and longtime fans.

Keighley’s appearance is more of a love letter to Keighley himself, playing a small role as someone called Ludens Fan. While Ludens Fan has Keighley’s likeness, he’s voiced by loveable rogue Matt Mercer.

If this explanation isn’t sufficient enough for you or if you just want to see it all in action, you can get the full scope of the madness by watching the video below. 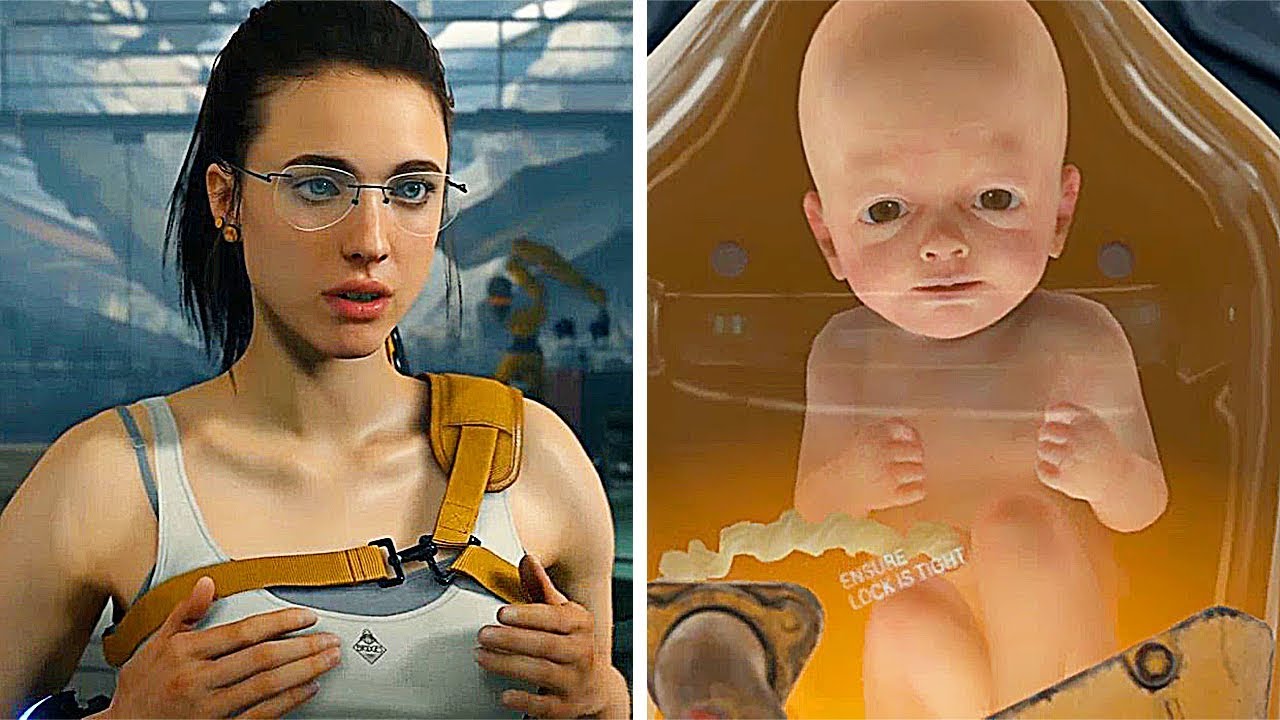 Death Stranding will be out on PlayStation 4 on November 8th, 2019.

Disclaimer: There isn’t any actual confirmation that you can pee on ghost babies and Geoff Keighley, but seeing as you can control where you pee, we assume you can try your damndest to assert your dominance and pee on everything in-game.