MyScript introduced its Nebo app for Windows 10 devices back in August 2016. The company’s Nebo app is also available on the iPad, but it’s Windows 10 app is also very powerful. The app includes suport for Microsoft’s Surface Pen which allows users to take notes seamlessly, and it also allows users to create freeform sketches, interactive diagrams, and even annotate pictures. It’s essentially a slightly powerful version of Windows Ink:

Nebo is the best way to take notes. Handwrite, draw, edit and format your notes quickly. Instantly convert and transport them as digital documents. Designed for Windows 10 with active pen and validated with Microsoft Surface Pro and Book with Surface Pen. Structure your notes using titles, paragraphs, and bullet lists. Add interactive diagrams, editable equations, freeform sketches, and annotate pictures. Finally convert your captured ink to digital typeset document on demand. Nebo documents can be viewed on any device using practically any Internet browser and opened directly in your email client or Microsoft Word. Powered by MyScript Interactive Ink – Work better with your active pen!

The app usually costs $8.99 on the Windows Store, but you can get it for free. The deal will only last for the next 13 days, so if you want to try out Nebo, you should probably install it on your device right away. 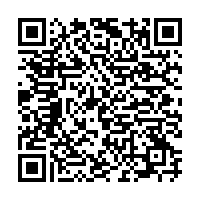