Capcom released Resident Evil 7: Biohazard last year, returning the series to the survival horror element present in earlier installments. The game received generally favorable reviews, which praised the gameplay, graphics and design, but it seems the developers didn’t want to stop there. In an interview from Resident Evil 7 Director Koshi Nakanishi and Resident Evil: Revelations 2 Director Yasuhiro Anpo, the duo stated that they are working on a new Resident Evil project.

“This time, I focused on making a game about fear, but one must not forget about the existing characters and stories. By creating a pillar that says ‘Resident Evil is a scary game,’ we’ve also managed to make it easier to develop/iterate on other elements of Resident Evil as well…Also, there are many creators at Capcom, including myself, who love Resident Evil, and Anpo-san has something worthy praise that’s in development as well…I can’t announce anything yet, but as of now, I’ve been developing a certain product. Please look forward to it.”

It is worth noting that it is described as a “product”, which means that it does not have to be a new title per se, but maybe an update to the game or some sort of DLC content. It was also stated that the interview was published on March 23, which was about a week after the announcement of Revelations for Xbox One and PlayStation 4. Executive Producer Jun Takeuchi has however mentioned later in April that plans for Resident Evil 8 are already in motion, so a new title in the franchise may not be a far fetched idea after all. We’ll just have to wait and find out. 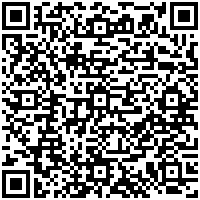