In October 2019 Microsoft announced the Surface Neo, a Windows 10X powered dual-screened tablet that would be paired with the Microsoft Surface Duo smartphone.

The Surface Duo was eventually released a year later, but the Microsoft Surface Neo never actually made it to market, though Microsoft insisted the device was merely delayed, not cancelled, with Panos Panay saying:

“Neo is delayed. I wanted the right time to bring that product with the right experience. We believe in that concept and form factor and size. It will be a beautiful complement to Duo with Windows and I’m excited about it. It’s a product that’s near and dear to my heart.”

Now a year later, and with Windows 10X being retargeted for laptops rather than tablets, I think it is pretty safe to say the device will not be on sale any time soon.

Hardware hacker Calyx Hikari appears to have managed to get his hands on a prototype of the tablet however and posted the following brief video. 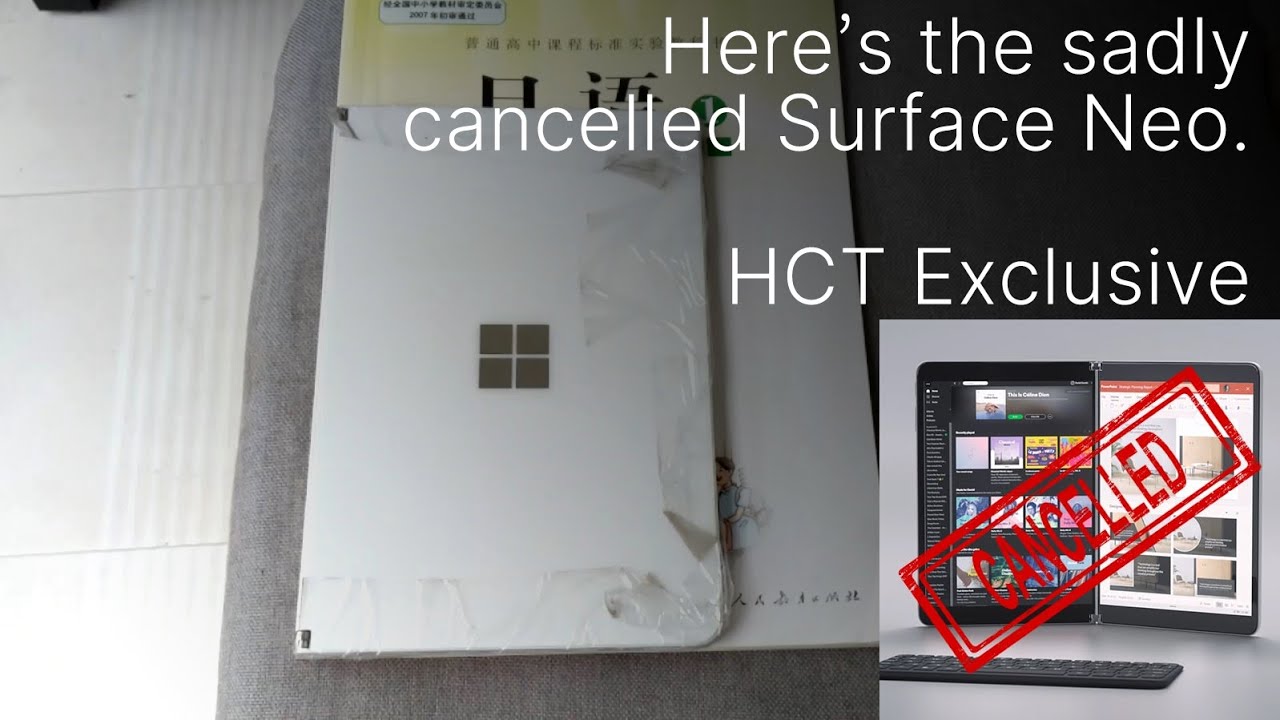 With the screen unfortunately missing, the video does not tell us much, but it does demonstrate the sleekness of the hardware. It shows it has only 1 USB-C port, a power and volume button on one edge, and does not appear to have a fingerprint reader, unlike the Surface Duo. It also shows the dual-battery solution, with one side being 1260 mAh and the other 2270 mAh.

It is widely believed that a dual-screened version of Windows 10X will only arrive in 2022, and with Microsoft being flush with cash they may still make another attempt of bringing their vision to reality.