Borderlands 3 is launching its first free Halloween event, the frightfully spine-tingling Bloody Harvest, in just a few days. Here’s everything you need to know.

Bloody Harvest is set to run from October 24th until December 5th, meaning you have over a month to get your spooky on. There’ll be new activities, new challenges, a new boss, new rewards, and new hunt loot – all appropriately themed, of course.

In order to take part in Bloody Harvest, you must have gotten far enough in Borderlands 3 to have unlocked Sanctuary III.

While aboard Sanctuary III, you’ll spot a friendly Saurian called Maurice, who’ll be your guide throughout every season event in Borderlands 3.

When Bloody Harvest begins on October 24th, Maurice will give you a repeatable mission that must be completed in order to reach the eerie land of Heck, which is haunted by Captain Haunt and his undead crew.

While in Heck, you’ll have to fight your way through an assortment of terrifying enemies, including undead Maliwan soldiers, flying and fire-breathing Rakk-o’-Lanterns, and wretched Ratch. Once you’ve totally easily disposed of all your enemies, you’ll have to take on Captain Haunt himself. 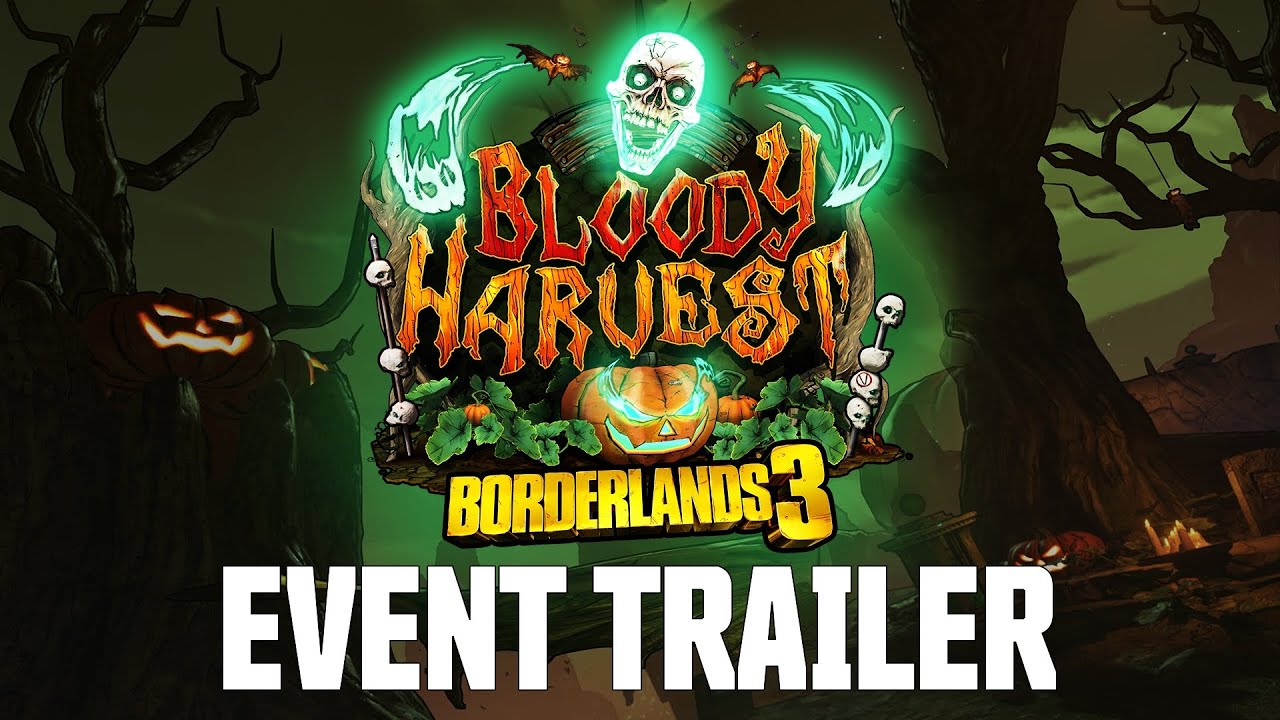 Some of the new gear available during Bloody Harvest includes Fearmonger, a new Legendary shotgun, and several Anointed weapons that use the new Terror mechanic introducing during the event.

There’s also a set of seasonal cosmetic items, including a skin for each of the Vault Hunters, a seasonal ECHO Device Skin, a shrunken head Weapon Trinket, and a ghostly Global Weapon Skin.

Bloody Harvest kicks off on October 24th and runs until December 5th. For more information, you can check out the official event page here.